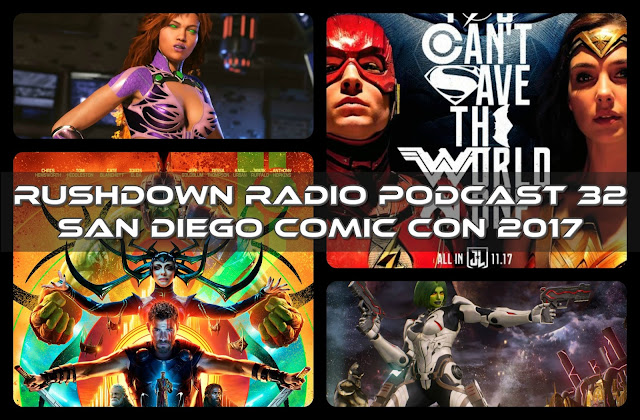 This year’s San Diego Comic-Con (SDCC) was quite a spectacle. There were so many trailers and news released at the convention. Michael and Anthony discuss some of the biggest movie and video game trailers from the convention. Some of the trailers were great like the new and improved Thor Ragnarok trailer and Justice League. Not to mention, the reveal trailers for both Starfire (Injustice 2) and Gamora, Nemesis, Haggar, Frank West and Spiderman (Marvel vs. Capcom Infinite). They breakdown the bombs and duds from this year.