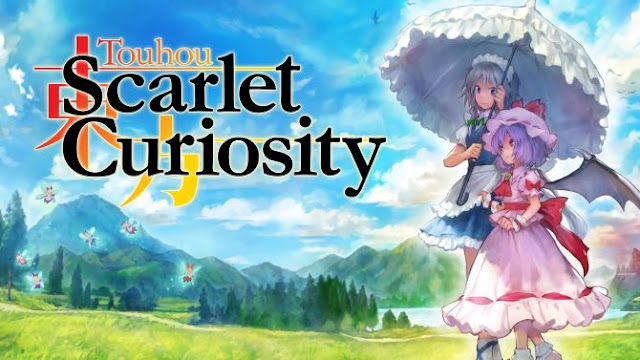 XSEED Games has released the launch trailer for their Indie action RPG Scarlet Curiosity. The game was originally a PC title released in Japan only. XSEED has published the game on the Playstation 4. The game is set in the Touhou universe but has real time action gameplay. Don’t fret, the game still has all the bullet hell mayhem that’s synonymous with the series. Here’s a little rundown about the game:

Touhou: Scarlet Curiosity begins with the so-called “Scarlet Devil” Remilia Scarlet, who, at 500 years old, is desperately searching for something new to end the monotony of immortality. After stumbling upon a newspaper article about a powerful and mysterious monster terrorizing the countryside, she rushes out to see if this could finally be the excitement for which she yearns. Unfortunately, not only is she unsuccessful in her search for the monster, but she returns to find her manor in ruins. It would seem the monster has come to her! With a renewed sense of determination (and a much-needed respite from her boredom), she vows to take revenge on this fiend and make it pay!

Check out the trailer below: