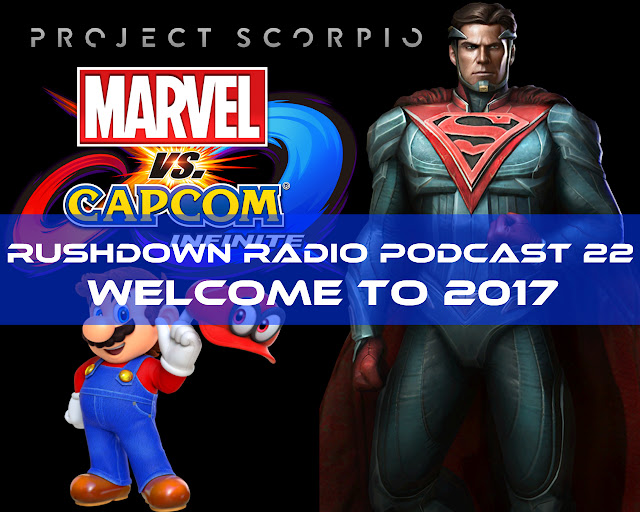 Anthony returns in this latest episode. Team Rushdown kicks off season two with a brand new podcast discussing two of the biggest console releases this year: Project Scorpio and the Nintendo Switch. They discuss their early impressions of both consoles and what they have to offer. They also delve into two of the biggest fighting games dropping in 2017: Injustice 2 and Marvel vs Capcom Infinite. They discuss their concerns with the character roster, potential gameplay mechanics and price models.