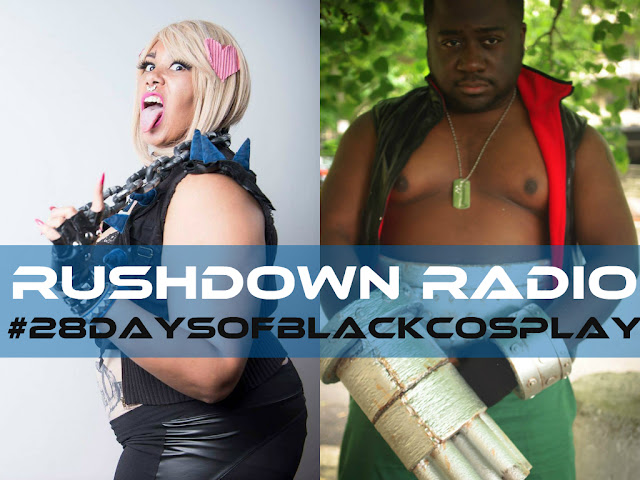 This year Rushdown Radio is proud to take part in #28DaysofBlackCosplay. We will be featuring African American/Black cosplayers from different parts of the US and the world; different ages and body types. We got suggestions and submissions from all over social media. But why is this so important? Here’s something to think about. 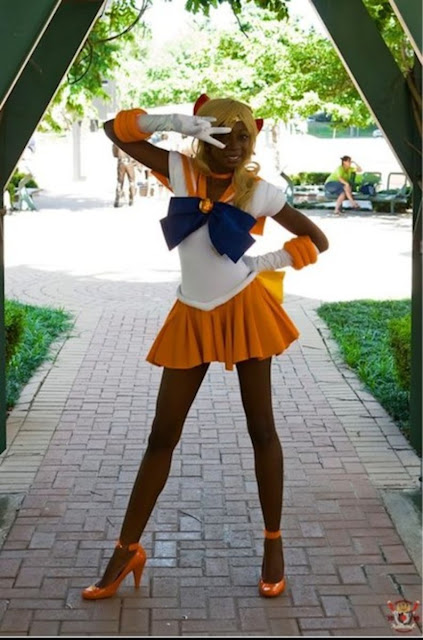 Black cosplayers at large are heavily marginalized, scrutinized and bullied. We unfortunately are placed in a box by society and the cosplay community as a whole. For a long time, black cosplayers were relegated to only cosplaying black or dark skinned characters. Anytime a black cosplayer would cosplay someone outside their skin hue or ethnicity, they would be called the black version of the character. Worst than that using “N****” in front of the characters name. People would indeed remind them that the character they cosplayed was not black. It was socially accepted behavior. This nuance of racial discrimination was a huge reason why many black cosplayers opted not to cosplay characters that didn’t match their hue or race.

But there’s a flip side to this. Black/brown face has become much more prevalent over the last few years. Caucasian cosplayers already have the upper hand when it comes to cosplay and geek culture as a whole. They are the taste makers and the rule makers. They establish the laws of the nerd community. Even so as it relates to Black/Brown face. Since they are the default race, they are able to convincingly cosplay anything they want without much or any backlash. In the case when they want to be more authentic to the character, they darken their skin. The problem with this is that caucausian cosplayers usually don’t understand the history behind black/brown face at all. And even after being educated, they find ways to bypass it. If they are paying tribute to a POC character, it would be more authentic if they would highlight black cosplayers or even defend black people when they are being ridiculed for cosplaying non-black characters. If they were an ally or advocated for black cosplayers, that in itself would be more worthwhile then bronzing their skin. The unfortunate part is that their cosplay of D.Va, or Sailor Moon would get more attention and praise than a POC simply because they are white. Racial bias is unfortunate but a real problem. 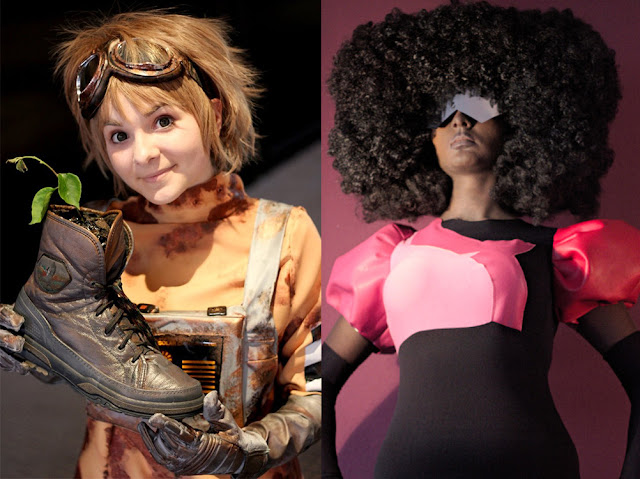 Now, with that context, you can see why this hashtag is important. It is important for Black nerds and the nerd community as a whole to see that black cosplayers are equally as incredible as their Caucasian counterpart. Moreover, we can cosplay whatever we like. Cosplay is for everyone. It doesn’t matter your race, gender or body type. Over the next 28 days, we will highlight our favorite cosplayers. Feb 1st kicks off our first day! Check us out tomorrow.