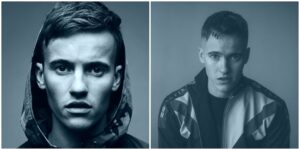 I was introduced to David44 (born David Ólafsson) from one of my favorite music outlets for all things Scandinavian…Scandipop. David44 blends together Pop, R&B, Soul, Electronica and House into a wonderful tapestry of music. His lyrics are so honest and poignant while having an amazing voice to boot. I’ve been completely obsessed with his music for a while and my favorite track of the moment happens to be Talk which was released in 2016. Somehow this song managed to slip under my radar. Thankfully he’s produced quite a few songs and was able to release his debut album Truth earlier this year. The eleven track set is a deeper dive into his musical mind which is pretty rich and lush. He has a great ear for melody and understands the importance of a great bass line. He’s quite a talent from Iceland and hopefully he gets some Stateside recognition soon. Take a listen to some select tracks and scoot over to Spotify to hear his debut album: