I used to be a person who was easily swept up by hype and was ready to take the word of companies selling me a product or a service. I was easily manipulated by mere speculation. But between my friend and the wise words of Christian Svennson (former Capcom employee) , I learned to keep my expectations in check. If you take nothing else from this piece, take that from it. Keep your expectations in check. Do not let Google sell you on a thing that is fairly impossible to give. Now, a dream like this sounds great on paper, but there are many barriers that keep me as a consumer from simply buying into this. However, to keep from this being a bash piece, I’ll offer a solution or two on how such a service could be better received. So, let’s discuss.

Let’s get the most obvious barrier out the way. Our internet infrastructure is complete trash. This mostly pertains to the U.S. as I have no idea what it’s like in other countries. Now, the problem isn’t that the internet isn’t fast enough. Actually, according to a 2018 report by Speedtest, the average internet connection is pretty good at 96.25 mbps download and 32.88 mbps upload. Google claims you need about 25 mbps to do 1080p 60fps.  In theory, that means it should be pretty easy, right? Well, speed isn’t all that matters. Our bigger problem is consistency. To all you Xfinity users out there, how often have you dealt with blackouts? From a few minutes to hours to even days, the internet is very prone to just failing at any point. If not failing, then being severely throttled during “peak hours” of usage. Factor in data caps and the fact that internet access isn’t as widely available as we would like to think, then problems begin to arise.

This is to say nothing of the current lack of net neutrality. I think it would be naive to think that ISPs (Internet Service Provider) wouldn’t take advantage of this streaming trend. Why wouldn’t they? With the world going digital, ISPs are being put in more powerful positions. In this rising digital age, I don’t trust that Comcast is going to be fair to their consumers. The only thing that would create such a scenario is competition. Except…there really isn’t any. Sure, people have some choice in who they choose as an ISP, but for the most part, they’ve more or less divided the country up for their own personal turf. So long as they have their chunk, they have no reason to improve. That sucks for not only the end user, but for that garbage infrastructure we have. 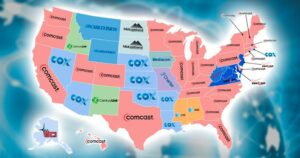 Now, let’s assume you’re someone with access. Let’s assume you’re in a metropolitan area (Chicago, Los Angeles, NYC) where internet is easy to get. Let’s even assume that it’s fairly consistent. One of the unavoidable problems you’ll have is that dreaded “L” word: latency. For those who are unaware of what that is, PC Gamer does a pretty good job explaining why things like latency and ping matter. The simplest way to explain for those who just want the short version is lag. How much the game you’re playing will lag as well as how well the game will respond to your button inputs. While Google can do quite a bit, I don’t have a lot of faith that they’ve got the code cracked on making latency so low that it’s acceptable or even unnoticeable. I could be wrong, but I doubt it. I am personally wondering how well it’ll go for Fighting games; a genre where you can just FEEL the lag and slow down. Try compare it to playing Tekken 3 on either an emulator or its original disc vs playing it on the PlayStation Classic. You’ll get the idea.

Even if you have the absolute best internet with 0 latency and nearly no input lag, Stadia as a concept is something that consumers will have push back on, I believe. Why? Because streaming games isn’t the same as owning them. As we move to an all digital world, we have to look at the downsides of digital distribution and streaming. The biggest concern being that you don’t own any of these games and have no way to locally play them or keep them. Even if you could, there’s no guarantee that these servers will always be active or always house your favorite games. There are countless accounts of games no longer being accessible because of publishers, composers, server issues, DRM issues, and so on. It happens in music (see Spotify), it happens with your favorite shows and movies (see Netflix), but should it happen with gaming? I don’t think so.

There are games that you can spend hundreds of hours in. For this, let’s take the Witcher 3. Easily a game you can sink 100 or 200 hours into. Now imagine you’re playing that in Stadia and you’re having a grand old time, but then you lose access to that game. What happens to your save data? Is that also in the cloud? Is all that progress gone? Is anything saved locally? There is so much that can go wrong that I don’t think it outweighs the benefits. Again, I could be absolutely wrong…but I have a feeling that I’m right to be skeptical. 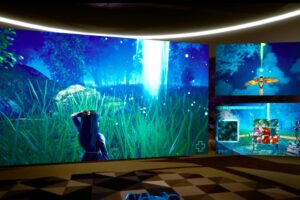 The Google Stadia is going to have a lot to prove as it promises so much. From couch co-op to games that will be able to stream on some of the weakest internet. I have a boatload of concerns such as what the games will be, what developers are on board, who will this ultimately be for, will this open up the market for games streaming (something PlayStation Now failed to do), and many more. Already I’ve seen reports about the latency issues with Stadia holding the service back from being more than a tech demo. I’m more confident in Apple Arcade, a service that will let you download the games, than this. Honestly, that would be the best fix for some concerns. Have something that can be accessed offline.

Around the PS4’s launch, it claimed that you can play the game as it downloads so long as you have a portion of the game file on the system. We now know that Sony didn’t exactly implement that as advertised, but the foundation was there for something. Something I think the Stadia could pick up from and tweak it. To ensure smoother streaming, have a portion of the game on your devices and have that as something to stream from. Now, I’m no expert on how this works, so this could be a completely off base suggestion. But I think having a portion of the game locally couldn’t hurt. I also would hope they have some other kind of event where they go more in-depth on how they hope to achieve this. Right now, we just have “We’re Google, that’s how” and while that may inspire confidence for some others need a bit more convincing. Some guarantees that servers will be stable and constant could be a start…

I’m really iffy on this Stadia thing. I don’t see it being the game changer Google wants us to think it is. In the future, maybe it will be. But this year? I think it’s far too soon. I’m not even sure if I want this to be a thing. Say what you will of physical media, but at least you can access it at any time. I would even take knowing that I have a file or something tangible to say that I can play a game no matter what. Streaming games…that is a future I’m not sure of just yet by means of practicality or consumer friendliness. We’ll see when Stadia eventually shows up, but what do you guys think? Are you excited? Or are you as skeptical as me? Let us know in the comments.

2 thoughts on “The Google Stadia Sounds Great, But…”