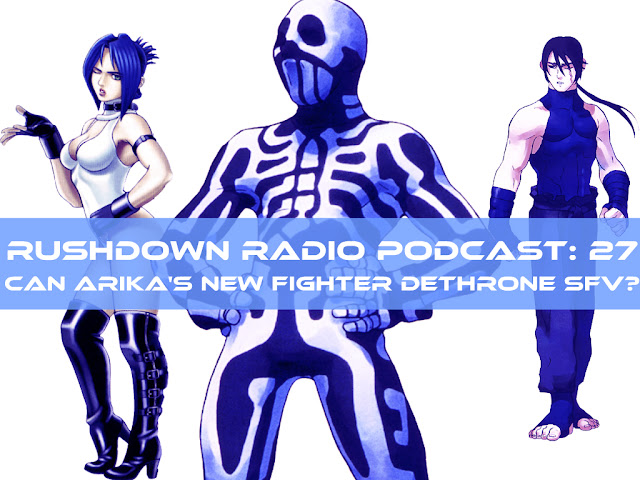 On March 31, 2017 (April 1st in Japan), Arika released an assumed April Fools’ joke trailer for an supposed new fighting game developed by them featuring characters from the Street Fighter EX series. The real joke was that this game was in fact a real thing and a small location test would take place that weekend. Top FGC player Kazunoko would be in attendance to try out the new game along with a few lucky hopefuls. The two hour long stream allowed people to see the current build of the game and how it played. Many people agreed that this game would be amazing once it was finished. The question remains now: Can this new fighting game developed by Arika outshine and dethrone Street Fighter V? Join Michael and Anthony as they breakdown their thoughts on the game. They discuss notable characters that need to be on the roster, mechanical and gameplay ideas as well as its tournament viability. Also, listen as Michael butcher Arika‘s company name over and over.