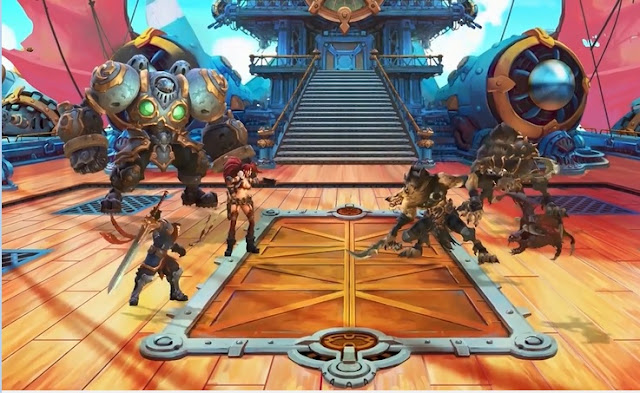 World renowned comic book artist Joe Madureira who’s best known for his artwork for the 90’s Uncanny X-Men run. After he left Marvel, he went on to write and pencil a comic book series for Wildstorm (later being published by Image) called Battle Chasers. The series’ run was from April 1998 – September 2001. The comic was left on a cliffhanger. Many speculated that the series would indefinitely be put on hold. Thankfully in 2015, a (successful) kickstarter was made to fund an turn-based RPG Battle Chasers: Nightwar, based on the comic book series which would act as a continuation of the original story. The game is being published by THQNordic (Darksiders). During yesterday’s Nintendo Direct, it would also be ported to the Nintendo Switch (PS4, Xbox One, PC, Mac previously announced). No word on an official release date yet. Check out the gameplay trailer below: