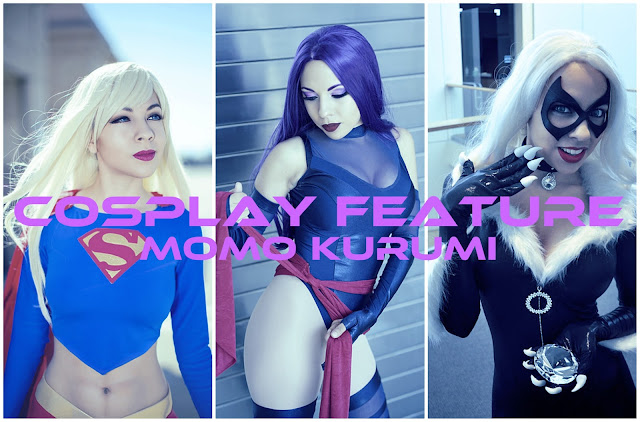 I was introduced to this amazing cosplayer through a facebook group POC Cosplayers. I was extremely impressed with her Sailor Moon cosplays, particularly Sailor Pluto since that’s my favorite Senshi. She updated her website recently to include the many cosplays she’s done. Some of the ones immediately grabbed my attention were her comic book cosplays. Black Cat, Psylocke and Supergirl are some of my favorite comic book heroines. The Psylocke is easily my favorite since she took notes from different variants of Psylocke’s costumes and made an interesting mashup. She wrote details on each costume and how they came to be. I’m excited to share some of her work here. Check out the mini-gallery below. If you want to learn more about Momo Kurumi, visit her website. 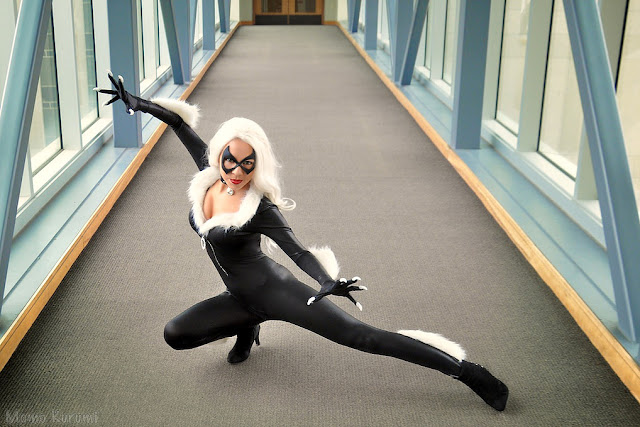 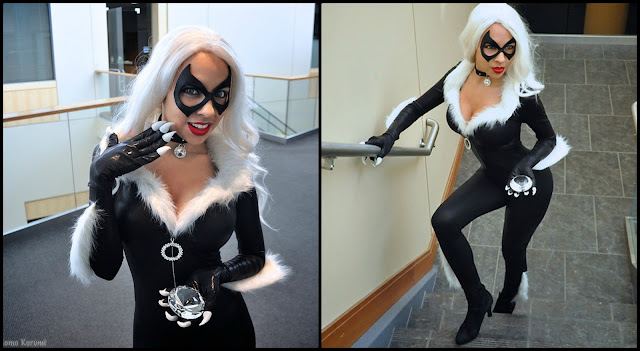 This suit is designed as a one-panel cat suit, so there’s no side seams, but it technically has a center front panel to improve the fit and reduce drag lines on the torso and waist. The fur is all hand sewn on. There is a functioning center front zipper with rhinestone teeth. The zipper pull is also blinged out with a crystal-studded ring. The sparkles continue into the collar, where it is studded with Swarovskies, and a jewel tag. For my claws, I opted for white claws to give them contrast with the suit. I think it really makes them pop, and in general looks fiercer! It works well with Black Cat because of her white and black color scheme. The mask is an altered craft mask, carved out with a craft blade, and then covered in the same fabric as the suit. It sticks on with fashion tape. 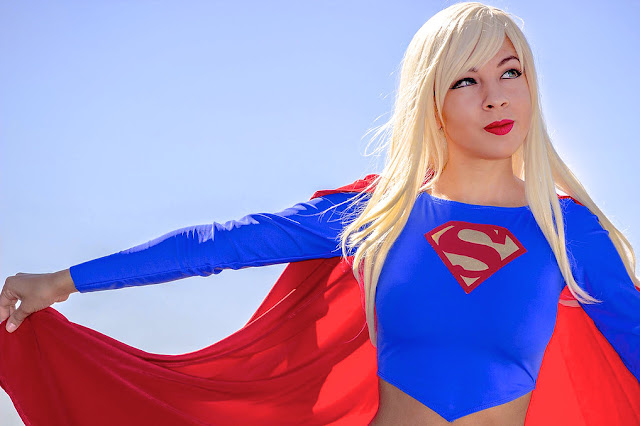 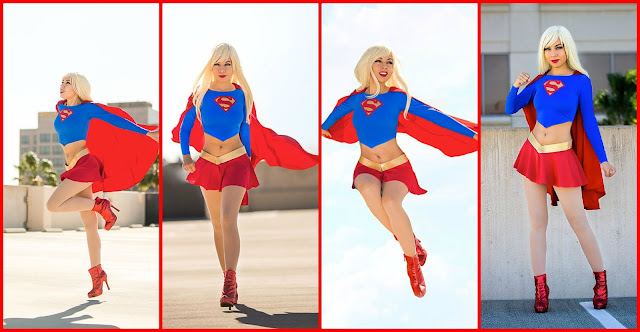 The shirt and skirt are milliskin, with the gold features are gold mystique, and the cape is peachskin. All of the fabrics were leftover from Disney cosplays such as Kida and Esmeralda. Even the boots were from Elastigirl! Additionally, the modesty “undies” that I wear under the skirt are the same as my Jasmine Slave-Leia outfit. ;o
The “S” logo is merely an appliqué, top-stitched to be secure. The cape snaps on and off. All pieces of the outfit are patterned by me. The skirt is a circle skirt, and the cape is three a-line panels pieced together from skirt scraps.
The wig was a freebie that I got online a few years prior, and intended to use for Envy from Scott Pilgrim. So all I did to style it was to trim the bangs a bit! 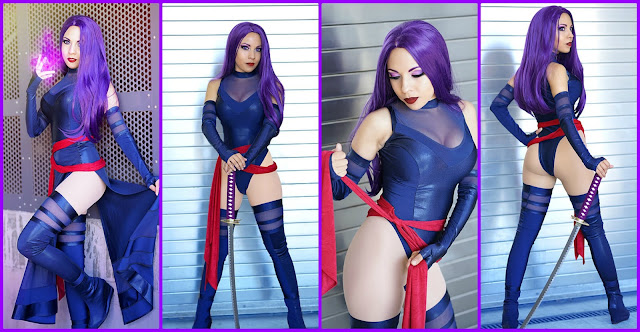 I wanted to add some variance in texture in her costume, so I designed style lines on the front and back. In the center front and back I use a navy mystique fabric, which gives it its shine, and then on the sides, I use a matte spandex for contrast. Knowing the look would be paired with a skirt, I didn’t want the design to appear too heavy on top, so I working in a mesh window on the chest, and detailed it with a matte V below, and shiny hems at the arms and on the collar.
The skirt is my favorite part since it acts as a modesty accessory, but also brings a lot of interest to the design. It is a break away skirt, meaning I can remove it without having to step out or remove of any of my pieces. The front and back are flared at the bottom with a mesh and matte spandex stripe to create repetition with the mesh detailing on the top of the suit.
The gloves and stockings are nearly identical in that the lower halves are vertically split between a shiny half on the outside and a matte half on the inside. The top halves feature shiny and mesh fabric stripes to mimic Psylocke’s arm and leg bands, but in a more modern and practical design. I was thinking of adding some more detailing to the gloves and stockings, possibly in the future.
The boot covers are each done in a half shiny on the outside and half matte on the inside to flow with the rest of the stockings. They’re two pieces and have nothing on the bottom so that my grip with the floor is not impaired.
As for the sash, it is a textured knit fabric, done in three parts. There are two belts, one for waist and one for hip, and a long sash which ties to the belts.
Right now I am also in progress on a psychic blade. The katana was bought for $30 at WonderCon, which is a great deal I think! I went with purple to match my wig, though they’re not exactly the same shade. Darn!