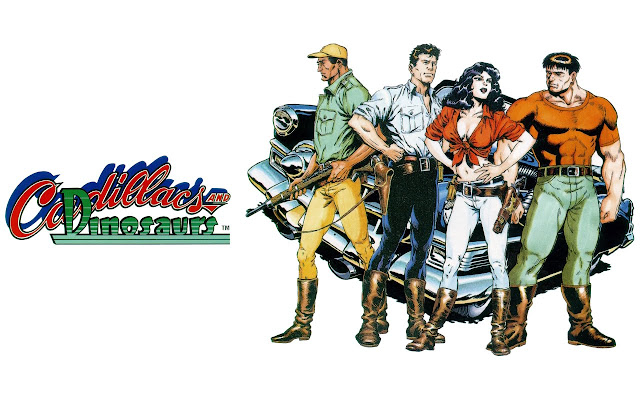 It isn’t often I come across a game so ridiculous that I’m not sure how to explain it. But thankfully, the title does more than enough to explain itself. It’s a game about Cadillacs (well, one really) and Dinosaurs. It came from a time where game titles told you all you needed to know, apparently. I love this game and rank it in my Top 5 Old School Beat ‘Em Ups. It’s also a game I don’t hear a lot about. I know it came out in a pretty saturated market, but come on. This game deserves some love. And today, I’m giving it that love.

So let’s start with one of the things that I love about the game: visuals. This is a gorgeous game for it’s time. Even now, it’s a good looking 2D brawler. The sprites are nice and detailed, the backgrounds are colorful and varied with some even changing to convey night and day, and they’re animated well. They have different fall animations, attack animations, and animations depending on where they fall either on the floor or against a wall. Nice touches, if you ask me. Not to mention, I’m kind of surprised by the character variety. You can find thugs of all sorts here and they don’t all just look like palette swaps. Just some. Which, given how many of them you’ll be fighting, is fine.

Oh, and the comic book effects that come out of shooting guns? Lovely. 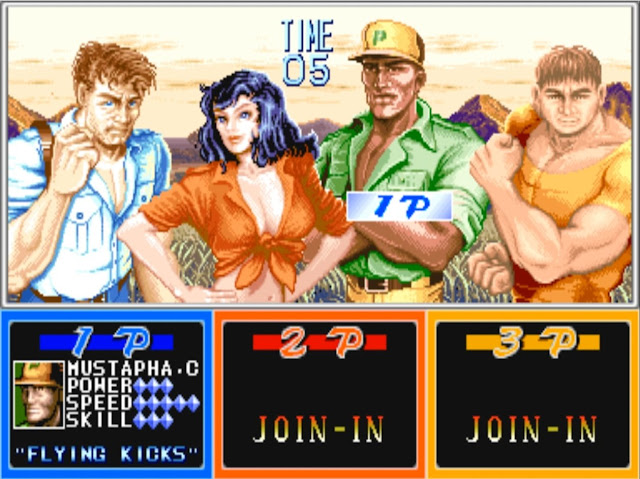 Next, this music and sound design. This music…while not up there with the likes of Streets of Rage, is pretty amazing in it’s own rights. If I had any complaints about the music, it’s simply that a lot of tracks cut short because apparently every room of a level needs it’s own song? But that’s really a minor gripe. The game also has a variety of really satisfying sounds. Hitting enemies, shooting enemies, breaking things, and the explosions all sound really nice. Even those short cheesy sound bites sound pretty good. All in all, sounds are solid and the music even more so.

Now, I’m sure some are thinking “what can be said about the gameplay that’s so good?” Well, nothing major honestly. But, it does give some nice quality of life touches I wish other games within the genre did more of. First up, guns. In some brawlers, guns are a pretty powerful tool, often being able to knock back enemies with ease. But more often than not, you kinda just shoot till it’s out. C&D here did the simplest thing: added an ammo counter. It was a really simple design choice that I thought was SO simple, it made me wonder why this wasn’t a staple design decision. 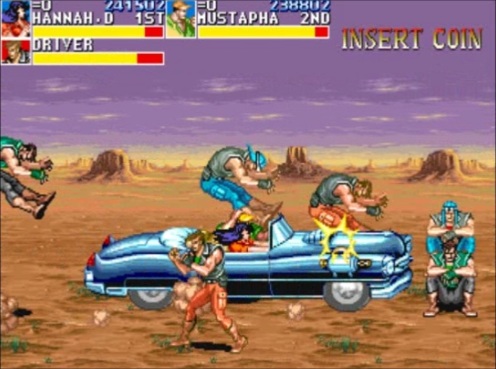 Outside of that bit, the gameplay was pretty standard stuff: you move, you have a 4 hit combo, you throw, and you have a special move. What I found interesting is that it seemed a little of Street Fighter leaked into this game. Firstly, one of the playable characters, Mustapha, has a Tatsumaki kick. Or how one of the enemies, Bludge, looks a LOT like Blanka. Not that I’m complaining, but it made me chuckle. Speaking of enemies, they are in no short supply. Knife guys, gun guys, fodder guys, bouncy guys, grabbing guys, sword guys, and more. Not to mention the bosses, which…well they’re jackasses that’ll make you hate them on sight. Be it because they’re hacking away at a dead dinosaur or laughing as they gun down people, they very quickly established that the guy you were looking at deserved this ass beating.

But of course, we can’t talk about enemies without talking about the dinosaurs. And I love…and hate…them at the same time. One the one hand, they’re more like environmental hazards than enemies. They’re prone to attacking enemies as well as you, especially when they’re awakened by a jackass, and are usually dealt with in the same fashion as other enemies: beat them up. But I wish I saw a wider variety of the dinosaurs. Though, that could be my love of dinosaurs speaking. I mean, not everyone is going to want an ankylosaurus just roaming in their game.

All in all, this game is amazing. And, as per usual, I advise you get it and play it for yourself however you see fit. The game is relatively cheap, but if you use less “legal” means then…well you know the deal.