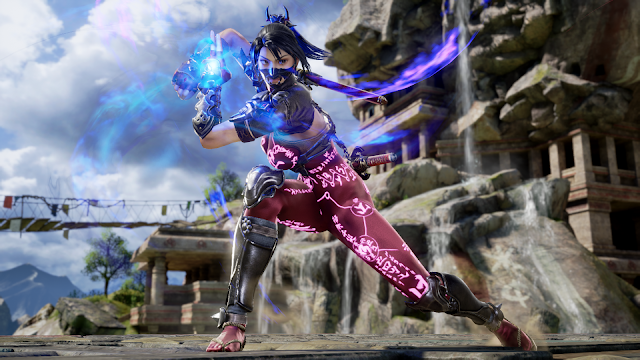 During a NicoNico Stream earlier, Taki was revealed for Soul Calibur VI. This video footage is a low quality stream capture. When the “official trailer” drops sometime today we’ll be sure to update.

In the meantime, Taki’s trailer was less than stellar. They barely did anything to her design aside from adding kanji to her body suit. She didn’t seem to have any new moves shown in the trailer either. Her Critical Edge was subpar as well. But I am still pretty happy to see her return.

UPDATE: The official Trailer is here.