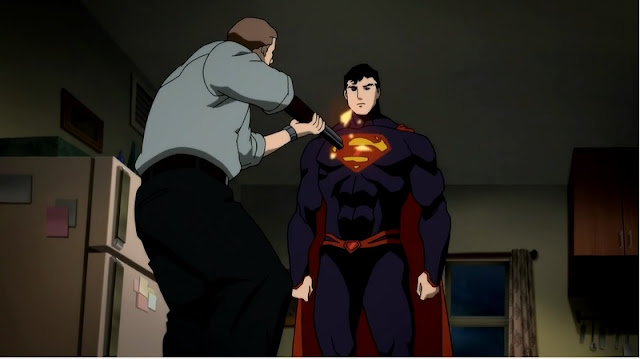 Playstationjust released an exclusive clip for the upcoming DC Comics animated film Justice League Dark. This animated adaptation of the comic book series from the New52 follows the dark and dim times of the supernatural Justice Leaguemembers. In the film, the world is being plagued with an unknown phenomena where people are hallucinating into seeing humans as demons. The main roster Justice Leaguers don’t have many answers on what exactly is going on or how to fix it. Batman, being the prudent one, decides or rather gets help from the cheeky Constantine. Constantine specializes in the supernatural and paranormal. He assembles his crew of magic mates to help solve this mystery. Check out the clip below: