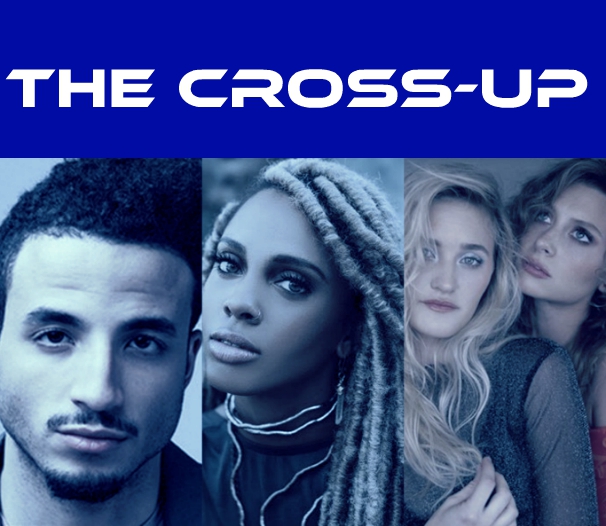 We have a slew of new music this time around. Up first, we have Jade Novah who made a name for herself with her hilarious Beyoncé impressions. Now she embarks on her music career of original music. All Blue is a Neo-Soul fusion with a little funk thrown in for good measure. Next up we have Kim Cesarion from Sweden. His debut album Undressed was an amazing introduction. He blends retro-funk and R&B well. His new song Water is an Afro-beat/Trop-Pop song that’s pretty sensual and romantic. Former band member of FO&O, Oscar Enestad just released his solo debut single Heaven on My Skin. I can’t be the only one that thought of the Stranger Things theme song when hearing the synth chord progression. It’s pretty chilling and dark. Moving onto the indie Queens Aly & AJ who’ve made the spotless transition to adult alt pop this year. Still sad their 78Violet moniker didn’t get the attention it deserved. The demos from that project were stellar. Thankfully they came back with their EP earlier this year and now they continue with the new wave sound on Good Love. Lastly we have the theme song to indie movie Hearts Beat Loud. The movie was really good and the soundtrack is just as amazing. This new wave/retro synth pop song is just what you need for your summer romance. Take a listen to all the tracks below: