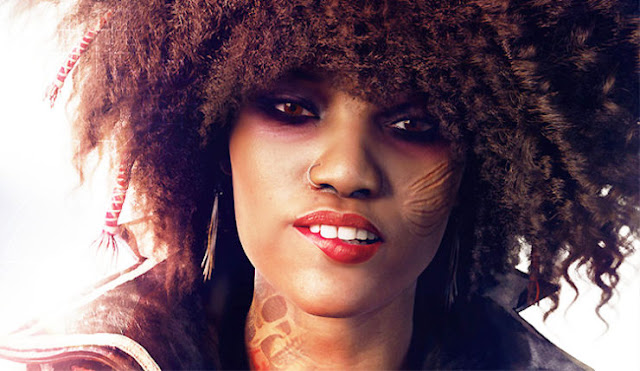 Ubisoft announced last year plans to develop a sequel to the cult classic Beyond Good & Evil. Since then, they’ve released video blogs showing their progress with developing the game. I haven’t been following this game much before because I wasn’t a fan of the original game. Plus, I’m still waiting on a new Prince of Persia…

A brand new video blog was released showcasing combat and gameplay. I was very impressed even by the pre-alpha footage of the game. Gameplay for is very important. Visually the game is looking very amazing. The animations are quite fluid. Thankfully the combat will be motion-captured for more realism. I’m intrigued by the jetpack too and how it will be integrated into the gameplay.

But, I was really excited to see crew member Shani busting out some Kilik-styled moves in the gameplay footage. The initial trailer that was released at E3 last year, I wasn’t expecting Shani to be a playable character or even important to the main story. Well, she’s actually one of the main characters in the game. I know I’ve talked about representation in video games quite a bit and it’s refreshing to see a dark-skinned female character with her natural hair being a bad ass.

As cliché (or cringy) as it might sound, Shani is what the video game industry needs: more diverse depictions black and brown people in video games. More importantly, not just side or background character. The fact that she is being used in much of their promotions for the game speaks volumes. Also, you’ll be able to create your own character who will act as the captain of this rag-tag group of Space Pirates.
The only information I got about Shani from their official website was ‘Badass biker and ingenious mechanic of Somalian ancestry’. Cool. I’ll dig it. So far there is no release date set but obviously, there will be a huge rollout during E3 and other trade shows happening this year. Take a look at the video blogs below:

The latest Beyond Good and Evil 2 update features new gameplay footage on how players can navigate the world via jetpack and ship, and how groups of co-op players can stay close together when traveling at high speeds by forming an armada.