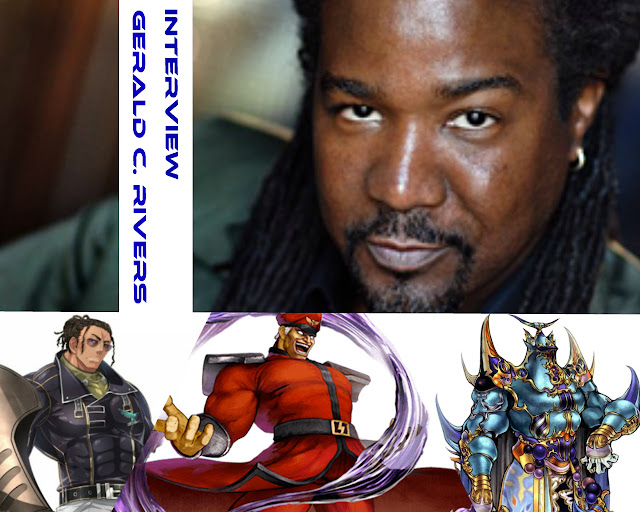 On this very special episode of Rushdown Radio, we got the opportunity to interview one of the most iconic voices in video games: Gerald C. Rivers. He’s voiced M. Bison (Street Fighter), Leonidas (Legend of Heroes: Trails of Cold Steel), Exdeath (Final Fantasy) and many others.

He is a tremendous voice over talent as well, doing everything from cartoons and video games such as the voice of M. Bison on “Streetfighter” the voice of Ex-Death “Final Fantasy X & XI Doudecum & Dissidia” along with the voice of Jackson ‘Jax’ Briggs in “Mortal Combat” and Drakuru in “World of Warcraft”, Immortal in Starcraft, just to name a few, to California and Georgia State Conservation spots. He can also be heard on the ‘Tobacco Free Florida’ Television, Radio & Internet Campaigns. McDonald’s & Bacardi Radio ads, and the Academy Award Nominated 3D animated Disney movie “Wreck It Ralph.”  For kids Gerald is also the voice of Jaguar in “Pacha Pamas Pajamas,” an environmental animated program for kids and he is “Murphy the Math Guy”, as well as, the primary narration on the educational website ABCMouse, sponsored by The Age Of Learning. And he can be heard as “Pua” as well as other characters on Disney’s, “The Lion Guard” on Disney and Disney Jr.