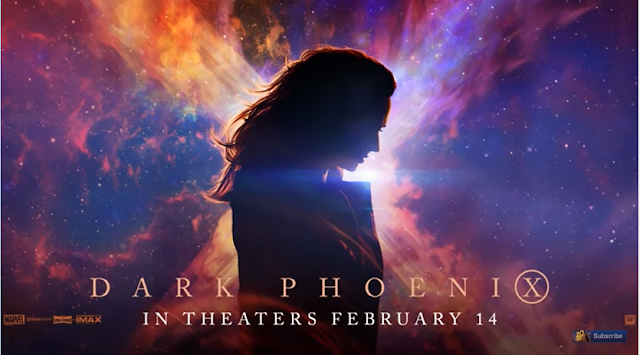 Here we are again, at the precipice of another Fox produced X-Men film. The X-Men film franchise has been polarizing for nearly two decades. It might be one of the most heavily debated franchises in movie history. Are the X-Men films good? Depends on who you ask. Even a stark comic book purist has had a hard time with it. I also am befuddled by the entire movie franchise. I think the only movies that have a resounding and universally praise by fans and critics have been Logan and Deadpool. The core movies have taken extreme artistic freedoms and liberties to tell their version of these beloved and treasured stories. Now, we’ve come to the second coming of the Dark Phoenix Saga.

The Dark Phoenix trailer leaked a few days ago. It was pretty sketchy and hard to make out what was going on. This morning, the full official trailer was released. I have so many feelings and not many of them are good/positive.

One of the biggest disappointments this trailer had to offer was seeing that this won’t be anywhere near the source material. It’s retelling the X-Men: The Last Stand (X3) story beats. Jean’s full potential was locked away by Charles Xavier to protect her from her godly powers. Mind you, this is accurate in a very technical sense. In X-Men #101 released in October 1976, the Phoenix was in fact an alter ego/exalted form of Jean Grey. It wasn’t until much later when it was retconned that the Phoenix was a separate cosmic entity to absolve Jean of her mass genocide and bring her back to life squeaky clean. Using this specific plot point is fine in theory. I think it’s a chea…”cost-effective” way to tell this story without having the Shi’ar, M’Kraan Crystal and all that cool space/sci-fi shit. I’m sure that would cost way more than what Fox can muster. I think going this route is super lazy and does a disservice to how legendary and ICONIC this comic book story is.

Something even more starling in this re-retelling is the absence of the Hellfire Club. Mastermind and Emma Frost were key players in the corruption of Jean Grey. Her becoming Dark Phoenix wasn’t because she was afraid of her powers. In the comic, she had put measures into place to ensure she wouldn’t go nuts and vaporize the entire world. Emma Frost and Mastermind psionically seduced her to be her true self. Nowhere in the trailer are the Hellfire Club or January Jones. Again, this is so lazy and uninspired. I could be jumping the gun but there’s no indication from the trailer that they will even be in the movie.

I know for the film franchise Mystique is a “leading” character, but seeing her during this feel so out of place. Jennifer Lawrence is a blight on-screen as Mystique. She feels so shoe-horned into the film. Nothing about Mystique in this context makes sense. Seeing Jean Grey going to MAGNETO for guidance and advice seems weird. I don’t even like how they are framing this movie either. I wish Magneto and Mystique would have went rogue last movie. For shits and giggles, Magneto could be using some unknown telepath to corrupt Jean and that would have been a better story than what they are presenting. I would have taken that storyline. I don’t see the need to have Magneto and Xavier be friends at this point. It seems super forced. Magneto was a crazy sociopath in back in the day. They want me to believe that he turned evil later on. Magneto for much of his comic book history has been a villain. His ideology always opposed Xavier’s.

A story of this magnitude with so many moving parts can’t be told in one film properly. It’s a multifaceted story with lots of characters. Lilandra for god’s sake won’t be in this movie nor will Oracle be making an appearance. It’s baffling to me that they didn’t learn anything from X3. I guess they said “SHE HAS FIRE NOW! DON’T YOU SEE SHE’S USING FIRE! ISN’T THAT COOL?!” I feel like they wanted to tell their version of events. And most people would be okay with small and minor changes to the core story but they made significant changes that don’t really make sense or add depth to the character. I do think Sophie Turner was an impressive casting. She embodies Jean Grey very well. This film feels super rushed and thrown together. I will go to the theatre and see it. I must see how this all plays out. I could be completely wrong and it’s a complete masterpiece of cinema. I won’t hold my breath. Dark Phoenix | Official Trailer [HD] | 20th Century FOX