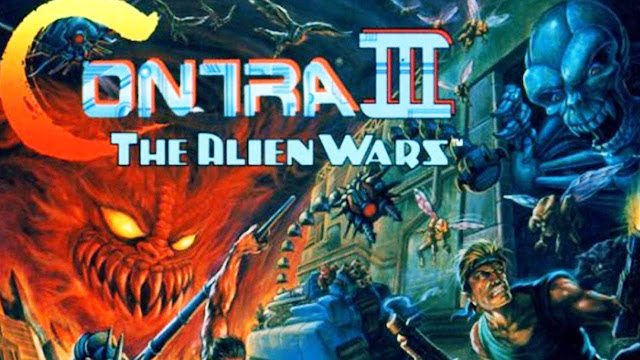 Welcome one and all to a new little weekly series that brings up those feelings of nostalgia and make you go “Oh! I remember that!” This week, we start with what I think is a classic.

With all this Crash Bandicoot hype, I was tempted to talk about it since there exist people who’ve never even heard of Crash. But then I remember how irritating that is, mostly because of this resurgence of people whining about how haaaaaard it is. So I thought of games that would just spit on Crash, and this immediately came to mind. Why? Because this was my first “rage game”; a game hard enough to make you want to throw your controller and snarl into a pillow.

Now, by all rights I shouldn’t have been playing this as a kid. But hey. This was a time where parents said, “Your grades good? Pick a game.” Look at that cover. Look at it. You damn right I picked this. Though, I remember that my alternate choice was Chrono Trigger and…I still don’t regret my choice. This game is amazing. Have a seat. We’re gonna talk about some hardcore shit.

The original Contra was pretty simple. Some organization was trying to take over the world via military soldiers and you gotta stop them. Nice foundation, solid gameplay, and overall a good game. Contra 2…I wasn’t even convinced this game existed until I played it through completely legal means (wink). It was Contra but better looking and dipping its toe in the more alien aspect the game every now and then teases at. 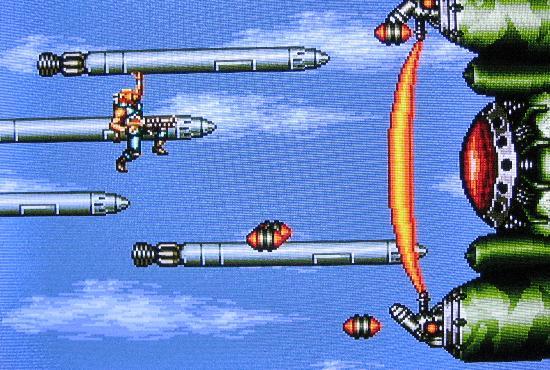 Contra 3? HOLY FUCK! SUPER GRAPHICS! BADASS MUSIC! ALIEN DOGS! EVERYTHING’S ON FIRE! ALIENS! KILLING ALIEN SHIPS WHILE JUMPING ON FUCKING MISSILES!! This is not your Saturday fun time bullshit with Mario. This game will kick your teeth in and laugh at you. It was vibrant, creepy, and never made you feel safe. But it DID make you feel like a badass. Just seeing what you have to survive makes you feel awesome when you make it to the end. Going back now, either I remember everything or that game isn’t as hard as I remember. Either way, it still felt awesome to play.

If I had to criticize anything, it’d be the top down sections. They weren’t the worse and I get it was meant for a new perspective, but I could have done without those sections. They were…meh. Plus, they didn’t feel as high octane as the rest of the game. Still, it was nice to have something a little experimental. 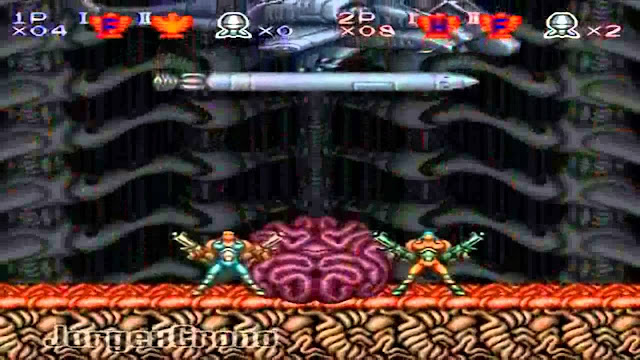 Small reminder, this game is coming with the SNES Classic if you’re getting one. If you can’t wait, its also available for New 3DS owners via the eShop. Any other way you play it…well…I’m not one to judge. Just so long as you play it. Did you already play it? Did you love it? Hate it? …Nah. How could you hate THIS?