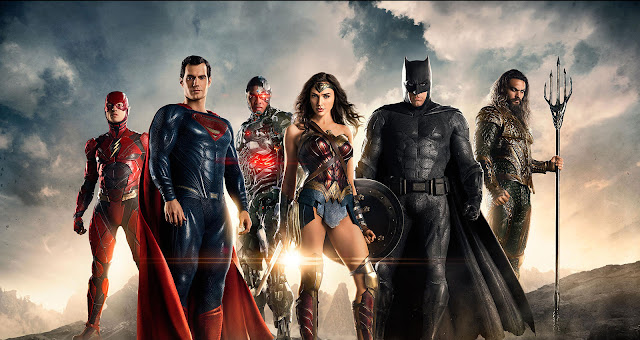 The ongoing battle between the DC Extended Universe and movie critics has been one sided. Majority of the films sit well below a 50% on Rotten Tomatoes. Many critiques include (but not limited to) convoluted narratives, plot holes, the dark tone and underdeveloped characters. Wonder Woman broke the mold of comic book adapted films and blazed a path of its own that not many movies could follow…including Marvel. Many worried that Wonder Woman would be an anomaly in the DCEU. There were a host of issues with the previous films in the DCEU. And it didn’t appear that these issues would be amended in time for the big super hero team up flick. Was it too late  for Snyder’s lethargic and cumbersome Justice League to be salvaged?
[Editor’s Note: Possible Spoilers Ahead]
In the midst of Warner Bros executives and industry insiders murmuring about the possible “unwatchable” flop they had on their hands, one such hero who needs no cape would come: Joss Whedon. Harold as one of the greatest Sci-Fi minds of our generation, he swooped in with reshoots and his wand to add some Whedon magic to the film. Snyder stepped down as he had a family tragedy that was more important than some super hero flick. Needless to say, Whedon took the baton and ran faster than the Flash. There’s heavy speculation on the amount of reshoots and tweaks that made the final cut. You can probably find numerous reports and conspiracy theories all around the Web. For purposes here, we’re going to discuss the theatrical release and what made it so amazing.
One key note was the team assembling happened much faster than I expected. I anticipated that more than half the movie would be spent with Bruce Wayne trying to the reluctant troops. Seemingly, they were on board after a little convincing. Most of the movie was spent with the entire team interacting with each other. It was a pleasant surprise as the interactions and dialogue were entertaining even gripping at times.
Since we’re on the topic of character interactions, I found their camaraderie very convincing and genuine. Each one of them had strong characters to play, they seemingly meshed well. This could be attributed to Josh Whedon’s incessant need to create human moments for super humans characters. Bless his heart for it.
The human aspect of these characters came across vividly. Cyborg’s anguish, Batman’s regret, Flash’s helplessness, Aquaman’s ambivalence, and Wonder Woman’s melancholy all swirled together. Barry Allen/Flash was incredibly enduring. He seemed to be the most grounded character in the film. His budding bromance with Cyborg was touching. Ezra Miller was delightful being the comic relief. He was a not-so regular guy thrown into a extraordinary situation. His reactions to things were very realistic. His introduction scene when Bruce Wayne found his secret hideout, the monitor playing KPop supergroup Blackpink was a nice touch. Its a note that only a person with a good eye for pop culture would add. Humanizing the robotic and stoic Bruce Wayne is no easy task. In Batman vs. Superman, Bruce was unreasonable and irrational. This movie took him through some real character development. Bruce blaming himself for Clark’s demise cracked his armor. My favorite scene was where we see Bruce admitting that the world needs Superman and that Clark/Kal-El is more human than he is. That admission happens to be one of the most honest and vulnerable moment in the Batman mythology. Its rare to see Bruce have a genuine human response. Not only that, he praised Clark for being the symbol of hope, something he knows he can never be. It seemed to be an extended metaphor for how important Superman is to DC comics.
The movie also relegated subplots and side-characters to the background. In previous movies, side or supporting characters got way too much scene time. Especially the annoying and ankle-biting Lois Lane. Her personal narrative grieving the lost of Clark was minimized. Even the main characters individual story beats were hinted and previewed but not fully explored. I was very intrigued by Aquaman and Mera’s obvious tension and strained relationship. This was a nice choice. Too much time spent on supporting characters would pull focus away from the main cast.
Shifting gears from the grim and somber, the villain Steppenwolf was quite a force to be reckon with in this film. There was an urgency felt throughout the movie. The action sequences were stellar. Wonder Woman deflecting a barrage of bullets from hitting a crowd of people was mesmerizing and my personal favorite. The fight scenes were well staged and paced. Each character was able to get their time to shine in their unique way. Steppenwolf proved to be an adequate baddie.  Every time he was on screen, he laid waste to the heroes. I loved that even Wonder Woman’s energy burst after clashing her bracers together was nearly useless. The power levels amongst the heroes was relatively even aside from Superman who served as the omnipotent and all powerful figure. The unfortunate clash against Superman proved that he is the undisputed Alpha. Cinematography and color gradients were spot on. The art direction and visual tone reflected the overall aesthetic of DC films. The rich textures and color values really popped. Gotham City especially looked spectacular and had a very striking cityscape. The scenes in Gotham City were a visual treat. The two post credit teasers were also a great addition. Seeing the iconic race between Superman and the Flash was a great call back to the silver age comic book era. It was lighthearted and simple but changed the tone of the movie. The second post credit scene sees the reveal of Deathstroke (played by Joe Manganiello) and Lex Luthor breaking out of Arkham Asylum. They were planning some kind of evil-doers union coming soon. This leads to promising future events to come.
In the end, Justice League proved that DC could produce a well made film with an ensemble cast. Currently, the critical bias against DCEU is alive and well. Many of the flaws of this movie are the exact same within Thor Ragnarok. Yet it sits at a whooping 92% on Rotten Tomatoes. Justice League retained its unique and serious tone while injecting a bit of fun. It didn’t take from the spirit of the film. The lighthearted moments were needed to balance the movie. Mistakes of yesteryear are far behind. The DC Extended Universe is finally seeing its Brightest Day.