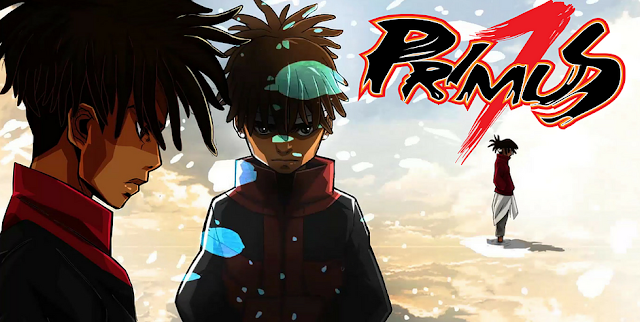 Based on the amazing indie manga series, Noir Caesar Entertainment are adapting their title into a feature film. The teaser trailer gives us a look into the action and style that will be incorporated into the film. Just from the early trailer, this film looks to be just as amazing as the manga series.
Synopsis:

Primus 7 is an introduction into the mind of the Noir Caesar creative team. This animated series is the beginning of a new subgenre within anime. Primus 7 gives a nod to the classic Japanese style popularized by Osamu Tezuka in the 1960s, while introducing contemporary American culture. The series highlights hip-hop and streetwear. It extends an olive branch to people of color who rarely see someone who looks like them depicted in cartoons. It builds off of the Aaron McGruders (The Boondocks) and Takashi Okazakis (Afro Samurai). It takes the very rudimentary representations of Blacks in anime and expands upon them. Our series gives them depth and truth. Primus 7 is built upon a story of family, honor, and loyalty; pillars of traditional anime storylines.

Here’s the movie trailer below. For more information about Noir Caesar Entertainment check out their kickstarter.