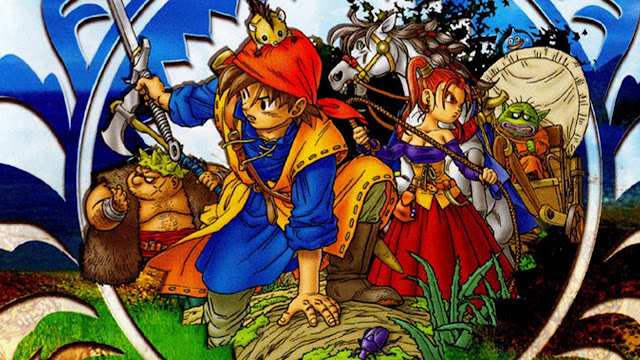 Nintendo just announced that the updated/revised version of the beloved Dragon Quest VIII for the Nintendo 3DS will be hitting store shelves in the West on January 20, 2017. Fans Europe and North America have been eagerly awaiting this title for quite some time. Only a few more months until its finally released. Here are some of the key new features added to this version:

New Content Includes Two New Playable Characters, New Side Quests and the Ability to Send Photos of your Adventure via StreetPass

The new Quick-Save function allows players to save and exit the game at any time. And for warriors in a hurry, battling foes is also much faster with the introduction of the “Speed Up” feature, allowing heroes to cut their way through each encounter with much greater haste.

Those who wish to capture mementos of their quest to restore peace to the land will now find it’s easier than ever before, as at any time outside of battles and cutscenes players can pause the action and take a photo of their adventure thus far. These photos can be customized in a variety of different ways, including allowing The Hero and his companions to perform special poses, adding stickers and filters, or putting a frame around the image to add a personal touch to their memory. Once the player meets Cameron Obscura in Port Prospect they’ll also be able to unlock Cameron’s Codex, where they’ll be rewarded for taking pictures of certain subjects, monsters and situations. All of these images can be saved to the SD card and shared to other DRAGON QUEST VIII: Journey of the Cursed King owners via the StreetPass feature. Once these photos have been shared, other players can give them a thumbs up, and the more of these the image earns, the higher the chance of receiving a new item.

Check out the brand new trailer below: