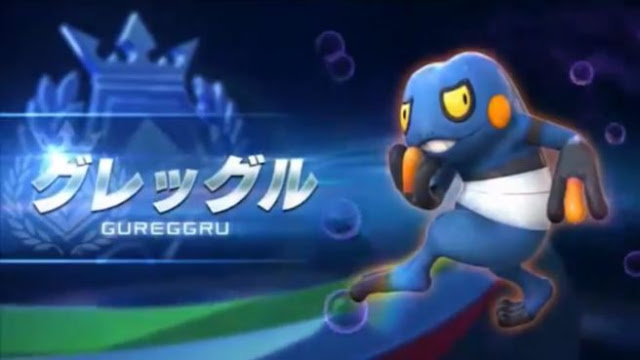 So, during a livestream it was announced that Croagunk would be the latest entry in Pokken Tournament. Moments later, Namco Bandai released a trailer. To put it bluntly, he looks stupid. Like, comically stupid. And I love it. It helps that Crogunk is in my top 10 favorite Pokémon ever, but just look at him! That’s stupid! But it’s awesome.

On a more technical note, he looks very much like a trickster and perhaps even more of the more advanced characters to learn. There seems to be a lot of positioning to consider and his preferred range appears to be mid. He also throws a boulder of varying sizes and effects…which is interesting. For now, we just have to speculate as he has not been announced for consoles.

See for yourself and let us know what you guys think.