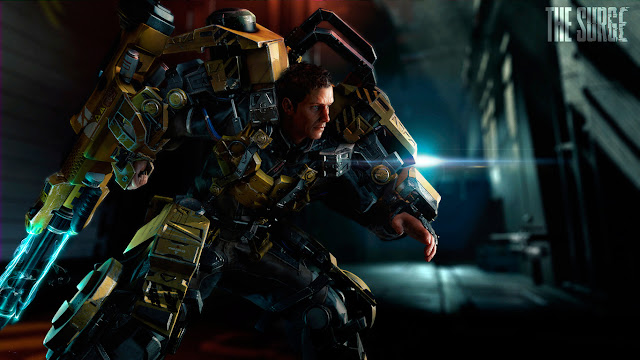 From Focus Home Interactive: the people that brought you such “iconic” titles like Technomancer and Bound By Flame, comes a new Sci-Fi action RPG The Surge developed by Deck13 (Lords of the Fallen). I’m sure those titles will give you reason to be quite apprehensive about their latest offering but fear not! The Surge looks to be surprisingly solid and engaging.

While some of the earlier enemies encountered while exploring the complex – namely, your former fellow workers – have erratic behavior and may be defeated easily if you are not reckless, others are much more “combat-ready”, and will hunt you down relentlessly.
Result of unspoken experiments, volatile prototypes built from secret nano-technology, or simply efficient death machines built for maintaining security in high-risk environments, these enemies leave no room for mistakes during combat. The slightest misstep, or moment of hesitation, will certainly mean death for you. However, these enemies wear some of the best equipment, weapons and implants you can claim for your own use. You’ll have to decide if you wish to secure a victory, attacking their weak spots, or make your life a bit harder and aim for their armored parts, hoping to recover this precious equipment that will make you stronger, faster, tougher.
Balance the need for better equipment versus your own survival… but remember, you’ll definitely need to power yourself up when you inevitably face the world’s bosses, that will put your skill to the test!

The Surge is slated for a 2017 release on Playstation 4 and Xbox One.