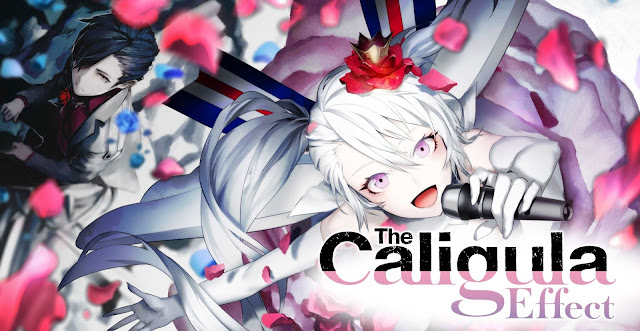 Atlus‘ under-the-radar Shin Megami Tensei-esque action RPG Caligula has been rebranded as The Caligula Effect for its impending EU/NA release. Atlus has announced the game will be released on May 2, 2017 digitally on PSN. That means no physical release of the game in English. Sad face. However, I’m pleased that this game is finally getting localized exclusively for the Vita. The Vita has suffered having to share many of its titles with the superior PS4. Which has hurt the Vita in the long run. Here’s hoping for more Vita exclusive games in the future. Here’s a little more information provided by Atlus about the game.

A human story set in a virtual world – Experience a dark story as the Go-Home Club does whatever it takes to escape the digital prison known as Mobius. The crew must defeat a group of evil music producers (known as the Ostinato Musicians) who have been working with μ, and come face-to-face with their own black secrets/desires. Written by Persona series veteran Tadashi Satomi (Persona, Persona 2: Innocent Sin, and Persona 2: Eternal Punishment), players will fight towards freedom as they examine the ugly psychological issues that plague the various characters in the game.

Multiple relationships to nurture – There are 500+ NPCs to recruit into the party to be used in combat. Each has a preassigned class (such as offense, support, etc…) and have a unique background story that’ll slowly be uncovered by completing various quests. Oh, but there’s only 4 characters in a party, so choose your teammates wisely!

A strategic battle system – The game features a unique battle system called “Imaginary Chain” that makes encounters an exercise in planning. Once enemies are encountered, players will seamlessly transition into battles where they can choose from 100+ skills to unleash on their enemies. While choosing skills, players can adjust timing and see a simulated preview of their attack before committing to it. Maximize damage by creating deadly attack chains between party members and don’t let enemies catch their breath!

Music by celebrated producers – It’s only fitting that a game about fighting musicians features original songs by celebrated Japanese producers such as OSTER project, 40mP, 164, cosMo@Bousou-P, and more!