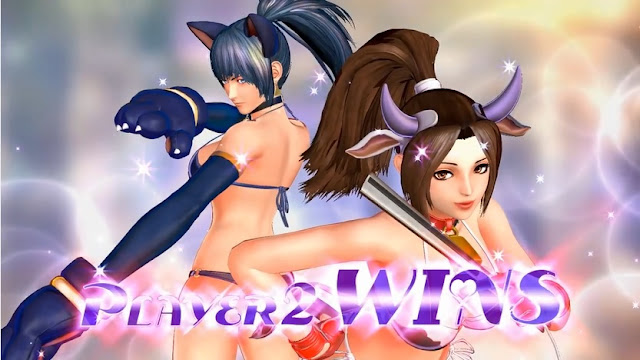 SNK and NIS America have teamed up with Nintendo to bring SNK Heroines: Tag Team Frenzy to the Switch this summer. Anthony previously noted the amount of new fighters coming to the Switch week last week.
Press Release:

In partnership with SNK Corporation, NIS America is happy to announce that SNK HEROINES Tag Team Frenzy will be coming globally to Nintendo Switch™ and PlayStation®4 in 2018! The Nintendo Switch™ retail version will be available physically and digitally. The PS4 retail version can only be purchased as a limited edition on the official SNK Online Store powered by NISA (which is currently under development) and will also be available digitally.

This game will feature 2v2 combat with a simplified control scheme. The game will also have in-game items that you can use to power up your character during the battle. Also, you can customize your waifu with items, clothing and accessories. Who doesn’t love dress up? However, this doesn’t seem to be a “hardcore” fighting game just from the trailers. It looks to be geared towards a casual fighting game experience. Probably won’t be needing frame data for this title. I wonder who all will end up in the roster. Hopefully some old favorites like Chizuru and Shermie.