So first of all, happy near year to you all. Hope you had a good one. I also hope you guys are as excited for 2018’s game line up as we are. But today is Friday, and today we’re focusing on the fighting game releases. However, I didn’t want to just talk about what’s releasing because if you’re an enthusiast then you already have your calendar set for when those big releases happen. You’ve probably already got DragonBall FighterZ preordered, don’t you? Or your eyes are set on Under Night In-Birth? No, today I want to talk about something I think deserves some attention, esepcially for the casual crowd of fighting game lovers: the Nintendo Switch.
As someone who owns one, I have to say that it was well worth the purchase…mostly. Like a game riddled with microtransactions, you never really buy the base system. You should have a carrying case, a screen protector, a stand that makes it so you can charge and play on the go at the same time, and so on. But arguably the most important accessory to those of us who like fighting games is the pro controller. Seriously, try it out. Yeah, it’s $70, but if you look around on Amazon you can easily find cheaper alternatives. I personally suggest the $50 SNES variant. Aside from that, you of course want to get into the games which the Switch has a surprising amount of. 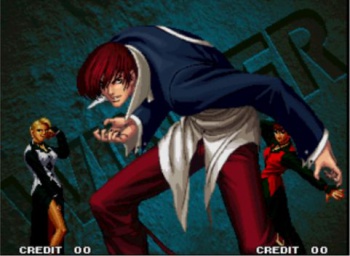 SNK has given the Switch a TON of support and has ported almost their entire fighting game library to it. KOF 98-00, Waku Waku 7, Garou: Mark of the Wolves, Samurai Showdown, and more. If you’re looking for nostalgia on the go, then this is the system for it. Plus, it does pretty well with local multiplayer. Sadly, there is no online, but these were built more as ports than remakes so I understand. They run without a hitch, they’re still fun, and even if you don’t use the pro controllers, it still works well. It’ll just take some getting used to.
Aside from that, you also have their first party offering of ARMS. Interesting concept and sort of interesting game, but the gimmick can wear thin. Not exactly a game I would advise at full price, but still worth playing. For the more hardcore fighter though? Capcom also has you covered with Ultra Street Fighter 2. This game still holds up and the balance changes don’t make the game feel brand new by any means. But if you loved SF2 before, you’ll love SF2 now. As long as you completely ignore that motion control nonsense. That was terrible and just…a pain. Don’t bother. Playing online isn’t too terrible either. Just be warned that most people will be playing wirelessly since the Switch is more or less meant for that. 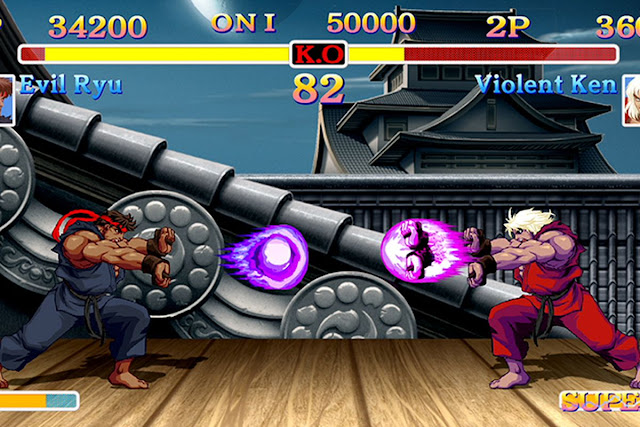 That covers what currently exists, but what about what’s coming? That’s the bigger message I wanted to get across. With what’s coming, investing in a Switch may be more enticing than ever. Yes, they’ll be ports of games that’ll come out to the bigger consoles, but the draw is that you can pick up your Switch and go. Plus, with the games they plan to put on it, I doubt highly that performance will be an issue.
One of the more surprising titles coming to the Switch will be BlazBlue Cross Tag Battle. I’ve talked at length about that game in a prior article, but know that I’ll probably get this on the go. It comes with the same appeal of having a 3DS in your pocket with Pokemon in it. You see someone, you wanna fight them, boom. For the Switch, I’d even argue that this aspect is more important than the online component. Which isn’t to say that doesn’t need to be strong, but I think those who plan to buy this for the Switch are doing so for the portability.

If anime fighters aren’t your thing, then don’t worry. The Street Fighter 30th Anniversary Collection is also coming to the Switch. I don’t think I need to tell too many people why this is amazing. Yes, that’s right. You can play Street Fighter 3: 3rd Strike on the go. Or one of the other 11 games. Did you love the Alpha series? Got it. Think SF3 had some good ideas and good gameplay? Got it. Did you hate Evil Ryu and Violent Ken? They don’t show up in your pure SF2 experience here. I only wonder if all the games will have local wireless or will that be exclusively for the 4 titles that also have online. Either way, it’ll be worth the buy.
Finally, I kinda want to bring attention to this game that I hadn’t heard a whole lot about until recently. Blade Strangers looks…interesting. It advertises itself as a “hardcore old school fighting game” and pulls characters from other properties. One of which is…Code of Princess. That game wasn’t particularly good…but they’re also pulling from Cave Story+, which was pretty good. I’m only concerned about the aspect of being an “old school fighting game” with the hopes that the description won’t be some excuse to not make a fluid and fun game. From what I’ve seen, it looks…well, it looks like a game. 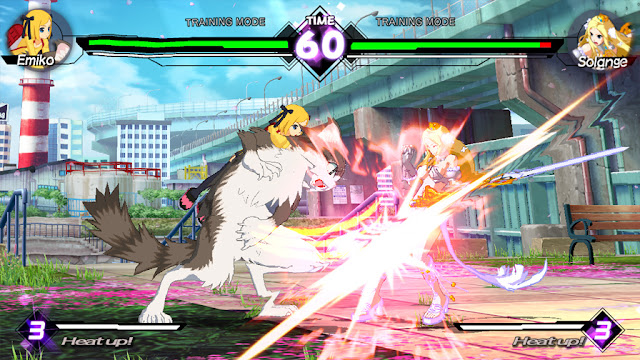 So, here’s to hoping that the Switch has a good year and that you have been intrigued by what it has to offer. I say you should buy one and get in on having some pretty good games on the go. But what do you think? Does the Switch have enough? Do you already have one and love/hate it? Let us know what you’re looking forward to, and we’ll see you next time.