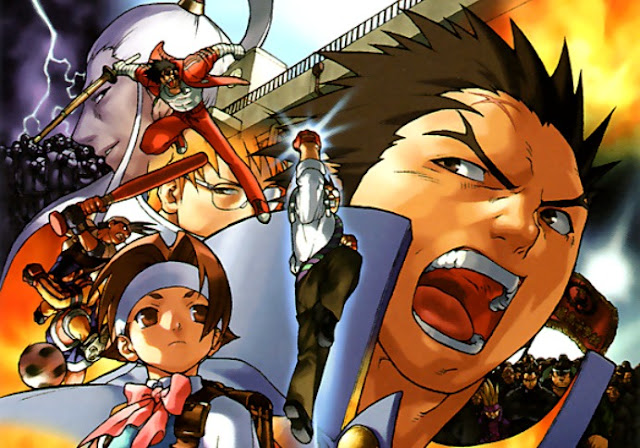 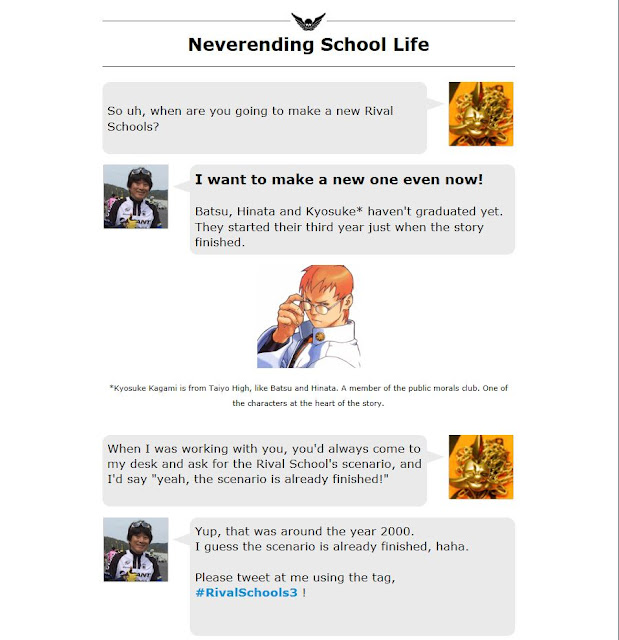 You can read the full interview here!

I think a new Rivals Schools would be an amazing idea. But first, an HD collection might be the best route to gauge interest in the series. To get a physical copy of Rival Schools or Project Justice cost upwards to $100 to $150 USD on eBay and Amazon. Probably pricing a $30 HD Collection would help fans of series reconnect with the game while also giving new fans a chance to actually play the game. Last we saw some of the kids of Rival Schools, Batsu was fighting in the cross-over Tatsunoko vs Capcom and Kyosuke was fighting in Capcom vs SNK 2. Most recently, Hinata and Tiffany were featured in the Kazuki Beach stage in Street Fighter V. If you love Rivals Schools, tweet #RivalsSchools3.