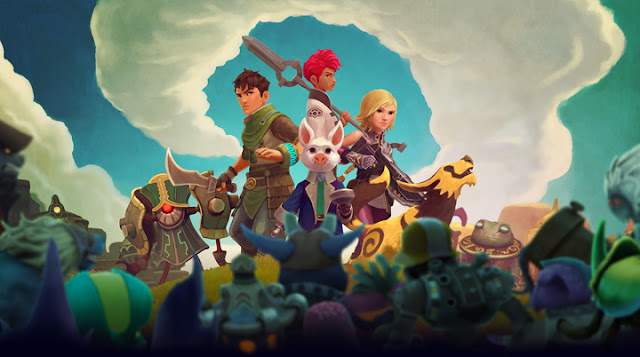 After a successful Kickstarter campaign, Snowcastle Games is ready to bring their turn-based RPG to Xbox One and Steam September 1, 2016. A PS4 and Wii U port will be soon to follow. Earthlock Festival of Magic has a very interesting art design and gameplay. Here’s an overall synopsis of the game:

What starts as a simple quest for desert scavenger Amon soon sprawls into a journey where several unlikely heroes join to save Umbra, a beautiful but harsh world that mysteriously stopped spinning thousands of cycles ago. Explore the world of Umbra and face myriads of monsters in exhilarating turn-based combat. Kiting lets you strategically take on as many enemies as you like. The more enemies the more experience gained. Mix up your strategy to beat your enemies using two different stances per character, and build your characters’ battle bond to unleash powerful abilities or unique perks. Customize each character’s progression with the Talent Table. Find new Talent Tiles in the world or craft your own. Grow plants and gather ingredients to craft ammo and items. All this on your idyllic home island!

This looks to be a very interesting title. Check out the announcement and Kickstarter trailer below: