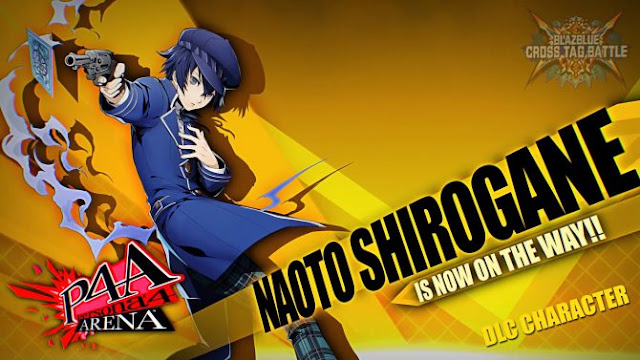 ArcSys Works just revealed that Persona 4‘s best girl Naoto will be added as DLC to the upcoming BlazBlue Cross Tag Battle. Also featured in this trailer was Under Night In-Birth‘s female Guile Vatista and the pain in my ass Hakumen from BlazBlue.

Full Disclosure: I’m not happy about either one of those last two characters being added to the game. Especially Hakumen. But I do think they will help shake up the meta. Currently, Nu-13 (so far) is being considered the best character in the game so it will be interesting how her gameplay will fair against other strong zoners like Naoto and Vatista. We don’t speak of Hakumen. Check out the brand new trailer below: