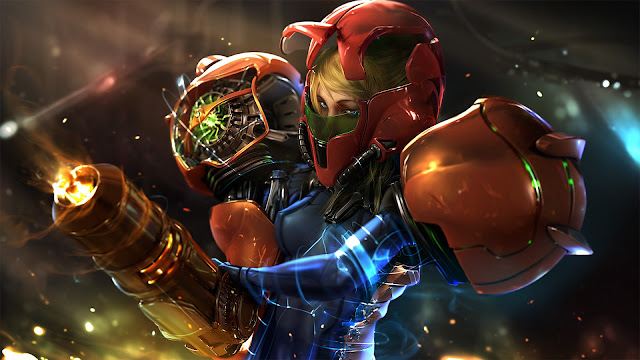 I’ve been playing a lot of this game called Axiom Verge. I highly recommend it. It’s atmospheric for an 8-bit style game, cool weapons, and some of the best monster designs I’ve seen since Contra 3. But my only thing is that…it’s Metroid. No, really. It’s Metroid. Which isn’t bad, but I mean…Well, we’re not here to talk about Axiom Verge. We’re here to talk about a game so good, it’s title is 1/2 of an entire genre (Metroidvania). Let’s talk about Metroid and how Nintendo almost let it die.
The first Metroid. Instaclassic. I mean…I could spend this entire article praising that game alone. The exploration, the secrets, the music, the weapons, Samus, that one reveal of her being a woman, Ridley and the other cool bosses, and just…My god, just play the damn game if you never have. I’ll admit that it’s a bit dated, but for it’s time, the original Metroid was pretty amazing. However, it wasn’t perfect. Getting lost was easy as hell to do. Plus, backtracking in such a huge space was a tad annoying but also kind of the point. Your mileage might vary, but it was never so bad that it held the game back too terribly.
Of course, we can’t leave out the ending. Spoilers, by the way. Samus was actually….A WOMAN?! That was a big deal back then. Now? Well, people kinda just draw Samus in….let’s just say different ways. 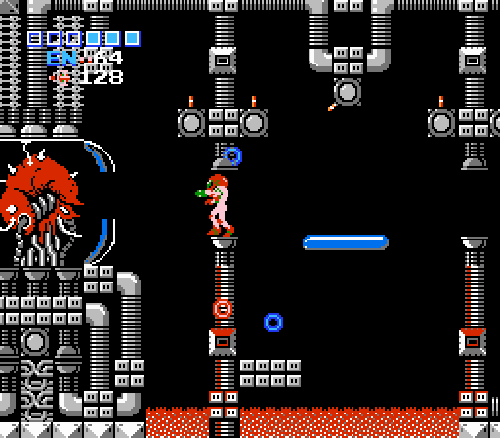 Then Metroid 2 happened on the Game Boy for some reason. Not sure why a sequel would come onto the same console as the original, but hey. Nintendo works in mysterious ways. Wasn’t terrible. It was alright. More of the same, so it wasn’t bad. It had more stuff while sticking to the Metroid formula. It was a sequel and it receives the same praise as the first, really. What I will say is that Metroid 2 might have been the best looking game the Game Boy ever had. If you can think of a better looking one, please let me know.

Now we get to the REAL SHIT. Super Metroid. One of my favorite games ever is Super Metroid. Look at it. LOOK AT IT! This game was vibrant, colorful, kinda creepy, and just a visual masterpiece; a trait the series would be known for. It took all the Metroid goodness from the last two games and made it just a sight to take in. Even now, I think those graphics hold up well. Especially in an age were 8 and 16 bit games are making a resurgence because millennials are making games. Shoutouts to them. This game was still more of the same but it all just felt bigger and better. More stuff to do and find and kill and explore. Plus, it was around this time that Nintendo began to give the game a real narrative. It always had one, but Super Metroid was coming into an era where character motivation seemed to matter. It wasn’t some huge overarching tale or anything, but still good. 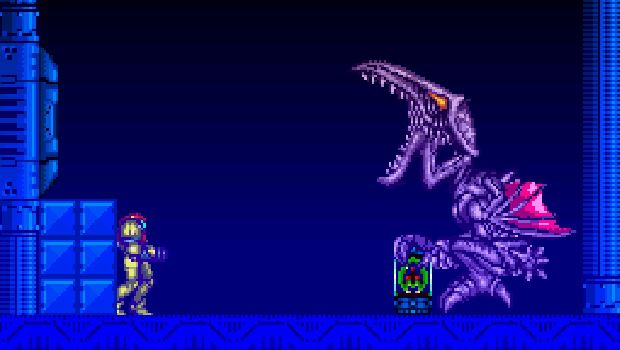 Metroid wouldn’t see an official release for about 8 years, for some reason, until the release of Metroid Fusion. I’m not sure what’s with Nintendo making smash hits and just letting them fester if they’re not Mario, but that wouldn’t be the last screw up they made with this franchise. Metroid Fusion was out for the Game Boy Advance and it continued with the brand of storytelling Nintendo was just dipping their toes into. Samus gets infected by the virus that Metroids eat, her infected suit turns sentient and is out to murder you, and now you must stop it as well as uncover a lot of other behind the scenes bullshit. Play this game. It’s amazing. What I liked most was the fact that one of your greatest enemies was (technically) you. This virus is parading in your fully powered suit while you struggle to get stronger until you can KICK IT’S ASS. It was rewarding, and really shows one of my favorite things about the series. Metroid games will make you feel powerful after trudging through most of the game feeling like you’re getting by on the skin of your teeth some times.
In that same year came Metroid Prime for the Gamecube; a total shift from what we knew Metroid to be. It went first person platform shooter and it was…divisive. I didn’t think it was bad, but first person platforming is never really that great. That might have been my only gripe with the game. Otherwise, the game wasn’t terrible. It just took some getting used to. But once you did, it was quite an experience to be Samus inside the helmet. Though, I remember being frustrated a lot with the game with getting lost. It didn’t feel so bad in the 2D games, but here? Where platforming could be a nightmare? Ugh. 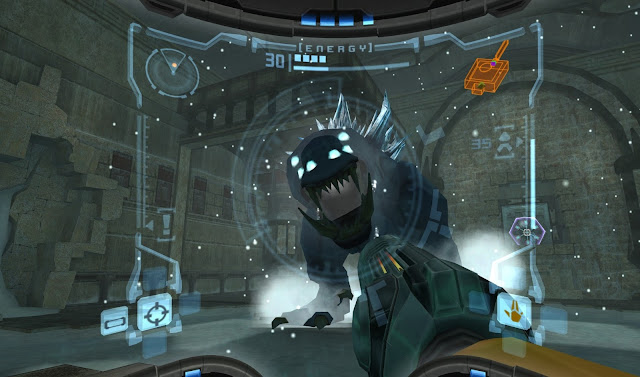 For the sake of time, we’re going to skip Zero Mission (a remake of the first game that was pretty damn good), Prime Hunters (another pretty good game) and Pinball…never played it. We’re just gonna jump into Metroid Prime 2: Echoes. You can’t hear it, but I’m laughing in frustration. So. This wasn’t a bad game by any means, but the game is just so VERY ANNOYING. Mostly until you get the Dark Suit. Till then? Enjoy being a ball of stress wondering how the hell you’re gonna deal with your energy dropping because of dark Aether! But, honestly, I am kind of exaggerating. Playing the game as an adult, it wasn’t awful. But it was still pretty annoying. That’s how I would describe this game. Annoying. The way you opened doors, the temple keys, the weapon upgrades that kinda sucked and ALL of the backtracking you had to do to deal with it all. It was annoying. But, if you could get over that, a decent game was here.
Metroid Prime 3…the second most non-Metroid game here. Also, my favorite of the trilogy. Imagine taking Metroid and giving it some heavy metal band that personifies the word “action” and you have Metroid Prime 3: Corruption. It was less about exploring and more about kicking ass and taking names. Story? It’s got that, sure. But TO HELL WITH THAT! HYPERMODE BOYS!! Honestly though, this game was busted once you got Hypermode. It was definitely the easiest game of the series, but I would argue the most enjoyable as well. The only problem was the controls and how odd they felt. Other than that, favorite of the 3. 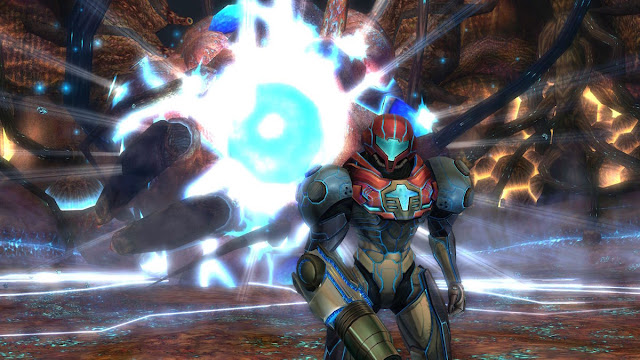 Metroid: Other M was so bad, it put the series in a coma. The gameplay was….fine? But everything else. I MEAN EVERYTHING ELSE. Bad. Trash. Garbage. I don’t need to tell you why it’s a bad game. You know why it’s bad. If you don’t know, then imagine living your life through quotes so bad only Jaden Smith would appreciate them while asking your dad if you can have permission to do basic things like eat and talk to people and so on. After the 6 year coma, we got…(DRUMROLL)…Metroid Federation Force; a game that would have been good if they hadn’t slapped on the Metroid name. It wasn’t perfect, but it wasn’t shit. Why did they do that? Nintendo works in mysterious ways. No, but seriously, give the game a shot. I won’t tell you to put money on it, but give it a try.
Also, I hear Metroid: Samus Returns is alright. A little linear for a Metroid game, but that melee counter looks sweet.
So, what do you guys think? Are you a Metroid fan? Love it? Hate it? And what’s your favorite of the series? Let us know.