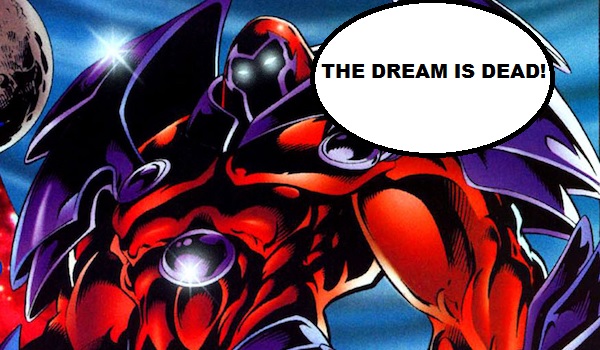 When Marvel vs Capcom: Infinite was initially announced, many fans were incredibly excited. The sheer joy that amassed was overwhelming. But that joy soon turned to concern and later disdain. From the questionable roster, weird art direction and aesthetic choices, the game has been embroiled in much controversy. And this has only been exacerbated by the sheer clumsy, amateur and downright insulting PR campaign that has resulted in the games current public perception.

This week, Joey “Mr. Wiz” Cuellar and Mark “MarkMan” Julio revealed the lineup for Evo 2018. This sent shockwaves throughout the Fighting Game Community as Marvel vs Capcom: Infinite was left out the main stage tournaments. Reducing a Marvel vs Capcom title to a side tournament is a definite indication that something is afoot. There are plenty of conspiracy theories floating around the internet as to why the game was omitted. However, none have been confirmed. Even MarkMan jumped on twitter to try and explain the situation at hand. Still, this only created more questions. Was Capcom to blame? Or was Marvel to blame?

Let’s take a short trip back down memory lane. December 2016, during the Playstation Experience, Mike Jones from Marvel and Mike Evans, Producer from Capcom sat down to talk about the game after its initial announcement at Capcom Cup 2016. Both of them insisted that this was a collaborative effort. They both had a fair hand in the development of this title in terms visuals and roster. Check out the interview below:
There are only a handful of interviews in which both Marvel and Capcom actually answer questions. Majority of interviews conducted for the game soon after were done solely by Capcom staff, primarily Peter “Combofiend” Rosas. He was taking the brunt of all criticism and backlash for the game. One particular point of contention was the inclusion of X-Men characters in the game. In this Gamespot interview, when asked about the X-Men:

Peter Rosas: If you were to actually think about it, these characters are just functions. They’re just doing things. Magneto, case and point, is a favorite because he has eight-way dash and he’s really fast, right? So our more technical players, all they want to do is triangle jump and that kind of stuff. Well guess what, Nova can do the same thing, Captain Marvel can do the same thing. Ultron can do the same thing. Go ahead and try them out.

It’s just the function that people are associating with the character, and there’s no shortage of that. We made sure that all proper play styles can be represented with our current roster. The design team has been looking at that very closely. We wanted to make sure that if a legacy character doesn’t happen to make the roster this time, that play style would still be represented. That somebody who has associated themselves with Magneto wouldn’t be lost coming into this title.

Then Michael Evans chimed in to put more salt on the wound:

Michael Evans: The X-Men stuff, [I] can’t talk to. But I do want to talk about the character-selection process because I think it’s important. There’s three things we’re looking at: Gameplay first and foremost of course. The Capcom R&D team and us, we get together and we talk with Marvel about what characters we want to put in. From a character-type perspective, we want our big brawler characters, our characters that can fly, our small characters or whatever. Just from a creative side, gameplay, here’s the characters we want. That plays a part.

Then the third one is obviously the popularity of these characters. X was one we had to get in there. A lot of fans wanted to see X, so we brought him back. Then also we talked with Marvel very closely about their future roadmap, about what’s gonna be happening. Your modern Marvel fan, maybe they don’t even remember some of the X-Men characters, but they know some of the Guardians characters or Black Panther. You know what I mean? Captain Marvel may seem like a strange pick, but she’s fantastic. She fits the gameplay. She fits the story, and they’re gonna be really pushing her as a strong female lead all the way up into the movie. We’re trying to take everything into account and choose the best characters.

This was just extremely bad on so many parts. However, Marvel has been completely silent on the subject. Mike Jones and Marvel have done very little press about the game since it was first announced. Capcom has been the only visible representative for this game. No matter the backlash and controversy that has surrounded the game, Marvel has been tight lipped.

Now that leads into this year’s Evo 2018 Lineup. MarkMan tried to douse the flames on his twitter. He alluded to behind the scenes things at work that hindered Marvel vs Capcom: Infinite from being on the main stage. I’m sure there’s some NDA’s at work here but what he was able to reveal is very telling how Marvel has treated this game from the beginning. He attributed “lack of support” from the companies:

I’m sure he heard it loud and clear from twitter. I go to many fgc events, probably the most outside of sponsored players. I know that MVC:I is being played. Hard to include a game that doesn’t have support. I’m not talking about Capcom, cuz they’ve supported it the most… https://t.co/CSQf5LPGIt

There are so many moving parts to this game and its overall perception but one thing that is consistent is that Marvel’s involvement in the game has been heavy handed but have been absent completely. Does Marvel care about the success of this game? Who’s to say? It’s obvious that Marvel vs Capcom Infinite is Capcom’s problem now. Marvel has clearly wiped their hands of the situation as a whole. Or maybe they are planning to do something huge to reignite interest in the game. All we can do is wait and see. What do you guys think? Is Marvel to blame? Is Capcom being unfairly bashed in this joint venture?