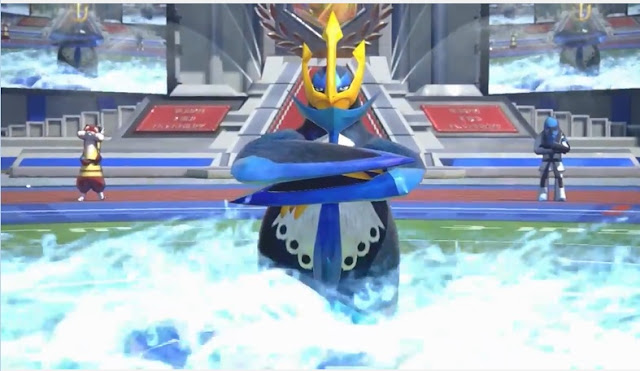 Empoleon’s addition to the arcade build of Pokken Tournament was released last week. Sadly, there is still no release date for Darkrai, Croagunk, Scizor or Empoleon on Wii U. But, we have the trailer to see him in action. And its quite a show.

Empoleon was never a pokemon on my radar but in Pokken, I’m definitely a fan. Who decided to make him so arrogant? His entrance alone was pretty awesome. Not to mention his moveset looks amazing. And he swag surfs on his opponent. He has so much personality. I think this is one of the better trailers to come out for Pokken.

See for yourself and watch the trailer below. Be sure to leave a comment and tell us what you think.
>