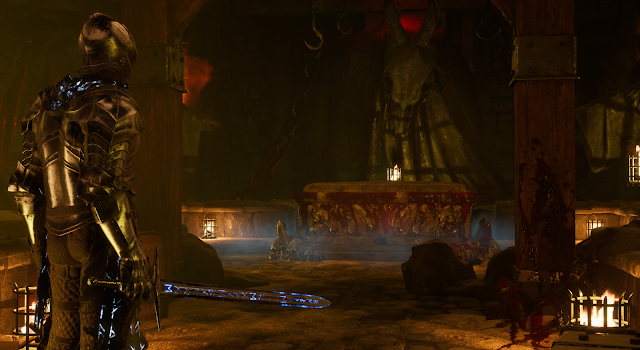 Indie developer Cold War Game Studios have unveiled their debut title Dungeonhaven. It shares many similarities with the Dark Souls aesthetic in terms of art direction, combat, gameplay and overall ambience. One of the key differences is the Elemental Core system which allows players to utilize specific elemental buffs to help thwart your enemies. One example would be using one of the cores to turn your ordinary sword into a flaming blade of justice. Quite a nifty trick in the heat of battle.

About The Game:
“A Knight restored to flesh from stone is guided by a sentient dungeon lusting after the power of creation. The Earth Core demands her knight drain other dungeon cores of their power, but can she control her pawn?”


At present, they have a launch window of 2019 on both console and PC. Check out the gameplay trailers below:
Dungeonhaven Trailer 1 Dungeonhaven: First Look