Oh, nostalgia. It’s easily one of the strongest forces in the modern world. It’s comforting. It brings you back to a better time, a simpler time. Nostalgia is like your parent’s cooking, that one sweater you used to wear as a kid, the smell of that one aunt you like who brought you gifts for no reason, and so on. However, nostalgia is also a good block of reason. You forget the things like how you hated dinners when your parents cooked because you had to do the dishes, or how itchy that sweater was, or how you had to endure all those questions from that nosy ass aunt. My point is, nostalgia can make anything look great so long as you forget the bad.
These days, nostalgia is as strong as ever. As a matter of fact, nostalgia is the driving force of quite a few successful Kickstarter projects as well as a few other games that were obvious throwbacks to old styles or franchises. But, because I could go on all day about the latter, let’s talk about Kickstater darlings. Most notably, nostalgia helped get Yooka-Laylee, Bloodstained: Ritual of the Night, Shenmue 3, and Mighty No. 9 funded and then some. They each promised something that the industry was missing under all the 3rd person shooters and open world games. That alone sounded amazing. Something different, yet familiar. Something new, yet comfortably the same. How could they not get funded? What’s more, they each have prestige behind them. Big heads from various teams like Konami and Rare venturing off to give the public what they want? What could possibly go wrong? 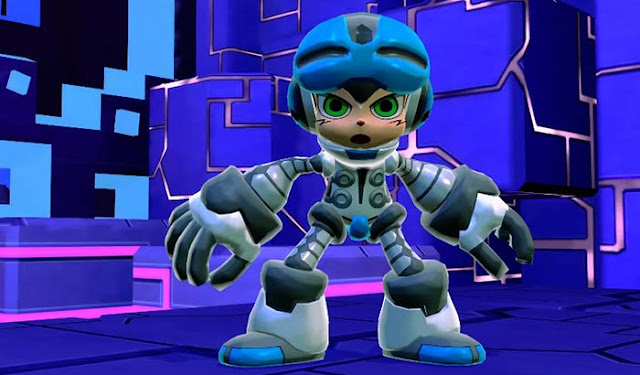 Mighty No. 9 was the first Kickstarter darling to come out and…wow. I don’t think there is anything else that could be said about this…failure of a game. It tried to show us that the side scrolling 2D shooter genre isn’t dead, but could possibly be the death of it. If you haven’t played it, then here is the run down: bad level design, horrid voice acting (save for Steve Blum), ugly environments, and a combo system that doesn’t compliment the level design. It was as if they wanted you to be both fast and methodical while dealing with bullet sponge enemies. That…doesn’t work. It was a mess and while some praise it, most have been not just disappointed but outright disgusted by it.

Now, the next game on the chopping block is Yooka- Laylee. While not nearly as panned as Mighty No. 9, it certainly has its problems. It delivers well on the promise of bring back that nostalgic 3D platformer, but maybe they went a little too far with it. Yooka-Laylee, perhaps by design, plays like a game you could get on your Nintendo 64. How much of an insult that is really depends on you. I’m in the middle on the issue, and I’ll get to why in a bit. As for YL, it really shows that it was game first, everything else second. The word that best describes it is…inconsistent. When it’s good, it’s great. But when YL goes bad…well… 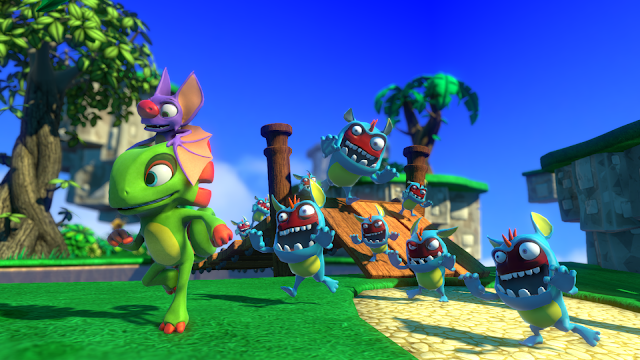 In the end, they both were hit with a very unfortunate truth: nostalgia is only good for as long as it grips you. Once you can take off those comfy rose colored glasses, you start to see the cracks. For example, I loved the shit out of Spyro the Dragon. Loved it. So imagine my surprise when I get it for PS3! I was psyched! I remembered soaring through the skies, difficult battles, amazing level design, and so on. When I played it, however….the age showed. The game was ridiculously easy (100% in 2 days), the levels looked nice for the time but some of those character models were rough, and some of their design choices were just…dumb. Like catching the blue egg thieves by running in a circle and hoping you hit them after getting enough momentum.

On top of that, there were plenty of other flaws those games of old suffered: shit camera, bad stories, cheesy writing, tedious activities, and the list goes on. That’s why things change. The industry changes all the time. Remember when 1st person shooters were the way? Now open world games are the go to. Or the fighting game boom that still hasn’t ended after the drought? The industry is always shifting and sometimes you have to shed what either doesn’t work or wasn’t that great to begin with. What these games do is take ideas from the cutting room floor and say “yeah, this’ll work”. 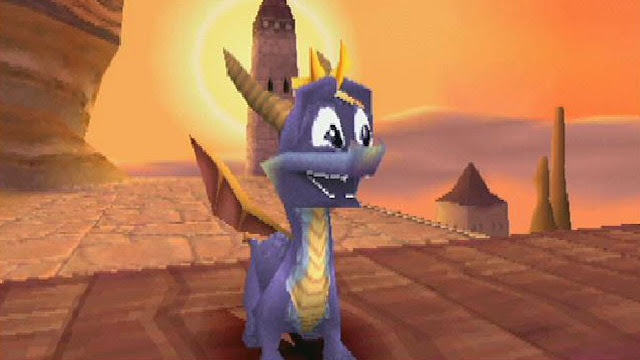 Still, it would be unfair to speak so badly about those games without acknowledging some of the good. Shovel Knight is my favorite example of nostalgia done right. It took ideas that were rather dated and tweaked it in a way that is still enjoyable to this day. Tight controls, a good challenge, satisfying combat, good rewards, funny dialogue, and so on. Shovel Knight is the nostalgia factor gone right. And wouldn’t you know it? It was another Kickstarter darling. This is the game that gives me hope for Shenmue 3 and Bloodstained. I want so badly for those games to succeed, but they can’t simply rest on their laurels and hope the nostalgia will coast them right to the bank. I doubt Yooka-Laylee will kill the 3D platformer, but I think it woke people up to remembering why some games don’t sell like they used to. We remember the frustrations with the cameras. We remember the painful side activities. We see the cracks in our nostalgia glasses now, and that could spell trouble.

So, what are your thoughts? Can your nostalgia be tamed? Does it cloud your judgment? Or are you an objective person who just sees it how it is. Let us know where you stand.