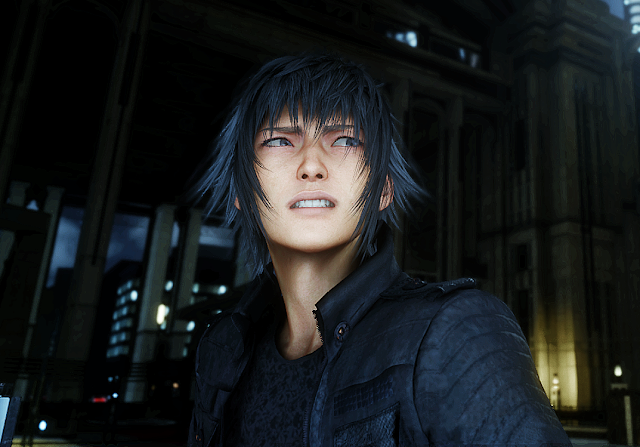 It’s that time of the year. SquareEnix courageously released an official “Notice of Booking of Extraordinary Loss.” In the notice, it details that Luminous Productions Co. (a subsidiary) was to blame. Their subsidiary was responsible for “development efforts on large-scale, high-quality AAA game titles, which best leverages the Subsidiary’s strengths.” It is unclear exactly what those projects were or to what extent the subsidiary had in development of SquareEnix titles. Below is the notice in question: 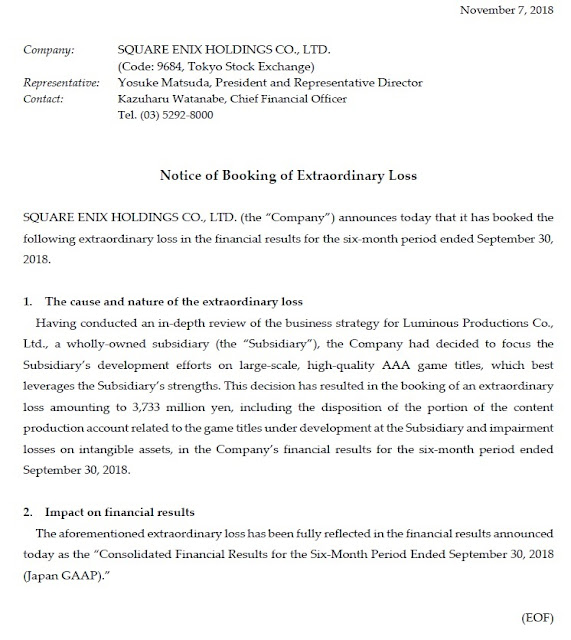 Agni’s Philosophy — FINAL FANTASY REALTIME TECH DEMO This news will definitely have some serious ramifications coming to SquareEnix in the next several months. There’s going to be some changes in senior leadership moving forward for sure. For the unwashed proletariats that we are, this news has little relevance to us now. Hopefully this huge loss of 3,733M Yen or roughly $33M USD will not result in delays for games and content in development right now like the new content for Final Fantasy XV or that vaporware title Final Fantasy 7 Remake.

In happier news, Dragon Quest XI was reported by SquareEnix to ship 4M copies worldwide this morning. This is an astounding success for the title. SquareEnix was very unsure if the game would sale well outside of Japan. Thankfully, they can put their fears to rest and release more of this series globally. I do have to point out that the game shipped 3M in Japan alone. Still, this is a time to celebrate. This is a win for SquareEnix and a win for JRPG fans around the world. Maybe Enix can get better funding for their projects moving forward. One can only hope. Dragon Quest XI – “A Legend Reborn” Launch Trailer | PS4