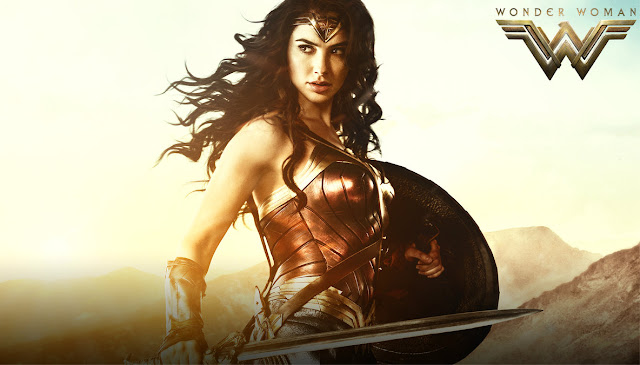 Remember back in the early 2000’s when there were a few Marvel Comics movies: X-Men (Fox), Spider-Man (Sony), Fantastic Four (Fox), Daredevil, Elektra and a few others. Marvel Cinematic Universe (MCU) hadn’t taken off and found its stride. While many of their high-profile titles belonged to other film studios, Marvel still owned the rights to their core Avengers heroes and villains. And thus began the journey into madness: first stop – Iron Man. Though Iron Man became a runaway success, it started a chain of events that would lead to this oversaturated market. We now have countless MCU movies stretched across two decades and three different phases.

At that time, there were a decent amount of live-action comic book movies from DC and Marvel. There were maybe two or three live-action comic book television shows airing at a time. It was a niche market catering to a very niche community. Things back then were simple and clean. Sadly, the climate for Superhero properties on both big and small screen have tripled since then. Guardians of the Galaxy Vol 2 seemed to show signs that Marvel was losing its gusto. In the beginning, these movies were fun, cool, exciting and downright amazing. However, the disenchantment is starting to set in.

It has been a long road to get to this place in the comic book films where Wonder Woman would get her first solo film. It was a “boy’s only club” on both sides of the big two: DC and Marvel. It has been a nonstop circle jerk of the male ego, patriarchy and male heroism. Women generally took a back seat to their male counterpart’s onscreen. Wonder Woman‘s parent company DC Comics, has been trying to play catch up to match the pace of Marvel Cinematic Universe. In its totality MCU has had better luck. Still not without its missteps both on small and big screen. We’re had to tread through the fickle and sometimes murky waters of DCEU (DC Extended Universe) films, the several previous Batman franchises, a few Superman reboots and a handful of misguided offerings. Unfortunately, Wonder Woman, one of the pillars of DC Comics, had to wait her turn.

Wonder Woman is a breath of fresh air for the DCEU. So far, the DCEU has had a very rough start. The last few films were polarizing amongst fans and critics. The challenge was to create a DC Comics film that would be visually stunning, artistically sound and emotionally moving. It also had to fit inside the scope of the larger film universe while retaining its independent identity. That’s a lot to juggle. Most films of this ilk only achieve maybe two or three of those goals. By the grace of Zeus, Wonder Woman sets the bar high and leaps over it. Comic book films have an obligation to provide stellar action sequences and set pieces. When undertaking an adaptation of an incredible Amazon warrior princess, the action has to be top-notch. It has to be fast paced, well-choreographed with impeccable cinematography. Taking nods from Man of Steel’s high octane gravity defining action, Wonder Woman adapted that template and added its own unique flair with masterful hand-to-hand combat sequences and swordplay. The stunt work in this film was crafted to show just how powerful Diana is and why she’s DC Comics leading lady.

In order for this film to truly shine outside the realm of visual aesthetics, it needed to have an emotional and human layer to the narrative. Patty Jenkin’s directorial skills proved to be useful in more ways than one. Being able to humanize a truly godly and nearly omnipotent character like Diana is no easy task. While having the ability to pick up a tank with no problem and jump 10-stories into the sky with ease, Diana was a bit naïve and optimistic. As she was sheltered from the ways of the world, the harsh realization of mankind’s ill-intentions helped to ground her in reality. Though myths and legends do exist, man is in a constant state of conflict and flux. Mankind is flawed, complex and unpredictable. Diana had to learn this lesson well as it would indeed become a facet of her own humanity. Through sacrifice and heartbreak, she found strength in love. 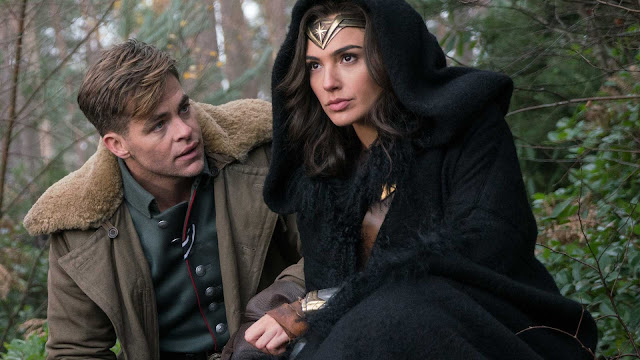 Gal Gadot did a wonderful job portraying the Amazon battle princess in all her wonder. There were many subtle nuances to her character that showed her progression from the wide-eyed princess to the woman she became in present day. The internal (and external) monologues that appeared in the film were written well. They didn’t overstay their welcome but they did help define her ideals. They were simple yet effective. Gal’s performance as Diana was engaging, whimsical and powerful. Where other DCEU movies tried to stuff too much into too little of time, Wonder Woman found a way to move the pace of movie along while still establishing characters and building the overall DCEU world. The narrative never got too cumbersome or heavy in religious overtones. This allowed for the film to shine in its own right and create its own mythos. Not to mention, Chris Pine and Gal Gadot’s onscreen chemistry felt natural and believable. Chris’ natural charisma was intriguing but never tried to overshadow the star of the movie. The supporting roles in the movie helped to strengthen the comradery and fellowship akin to the Lord of the Rings.

Thankfully, Wonder Woman managed to break free of the DCEU’s dark and gritty tone. Yet, it still fits in with the other films. There was lightness to the film that was a great contrast from the bleak and gloomy. And it did not try to copy/paste the now formulaic and predictable MCU model. It created its own space. It stands on its own as not only a great comic book film but a great film in general. Here’s hoping the DCEU (and the MCU) will learn from this triumph and not rest on their laurels. As Wonder Wonder herself once said to Batman, “Have faith. In the end it is our greatest weapon.”
Wonder Woman is in theaters June 2, 2017.