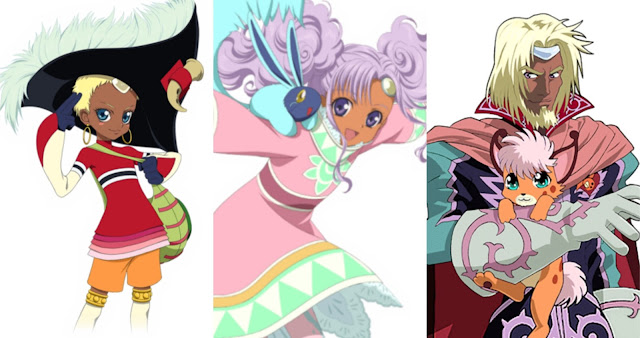 When it comes to Japanese Role Playing Games (JRPGs), it’s safe to assume that these games are made in part to entertain and satisfy Japanese tastes. The rest of the world are merely voyeurs into a world not our own. There are a myriad of cultural and societal differences that are ingrained into Japanese media. Japan is a near mono-racial society where the Non-Japanese and Non-Asian make up less than 1% of the total population. (Japanese 98.5%, Koreans 0.5%, Chinese 0.4%, other 0.6%)

Though they do not have a racially diverse society like us in the west, we do put their work under much scrutiny. Many writers and journalists have made points about Japan’s alleged obsession with whiteness. Many characters in their interactive media resemble or appear white/Caucasian to many people. Our singular assessment is in itself a direct result of living in a society that caters to whiteness. The assumed or default race is Caucasian. Everything else is a deviation.

Moreover, Asia has a huge but silent issue of colorism that plagues their society as well. Lighter or fair skin Asians are more favored and celebrated than their darker counterparts. Even in the land of the rising sun, their issue with “melaninated” people echoes what the rest of the world struggles with in present day. We can infer that there aren’t many (if any) non-Japanese people working in these video game studios. Their depiction and understanding of Black and Brown people comes from westernized monolithic stereotypes perpetuated by “our” mainstream media. These stereotypes trickle down from Film/Television and invade other entertainment spaces like Anime and Video Games. I discussed this topic of Black characters in super juggernaut publisher and developer SquareEnix. These stereotypes can be harmful and established racial bias against people of color. SquareEnix has improved much over time since their unfortunate beginnings. While SquareEnix is the paramount of JRPGs, I think NamcoBandai’s Tales Studio has had the secret formula for creating successful non-stereotypical Black and Brown characters since the 90s.

Namco Tales Studio is the development team responsible for the Tales franchise. One of the common themes in Tales games are racism and classism. Many game features this social construct prominently. A quick example were the characters from the widely popular and critically acclaimed Tales of Symphonia. The treatment of Half-Elves in society is easily allegoric to just about any persecuted and disenfranchised racial/ethnic group in the history of our world. Also, the Desian Supremacy calling regular people “Inferior Beings” has vast similarities to White Supremacy. 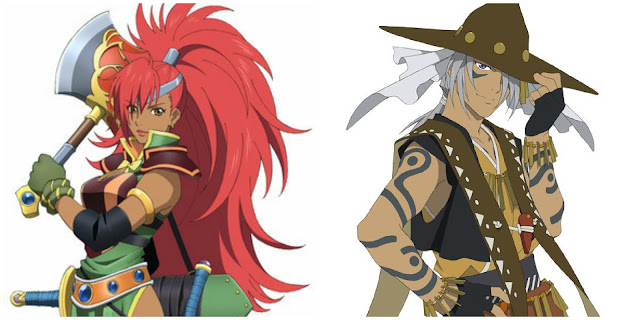 The first game in the franchise, Tales of Phantasia, was released on the Super Famicom on December 15, 1995. An English port of this timeless gem wouldn’t see the light of day until 2006 for the Gameboy Advance. The game featured brown boy spell caster extraordinaire Claus Lester. There’s no real indication of what his character’s ethnicity was referenced. However, it was nice to see a character like him during this time. Next we find Axe-wielding badass Mary Argent from Tales of Destiny. She was definitely on the dark hue of brown as well. 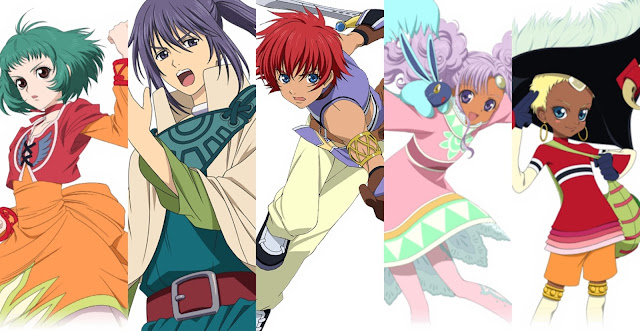 Now here’s where things get very interesting. I recently tracked down a copy of Tales of Eternia for the Playstation Portable. When I played the Playstation 1 version (Tales of Destiny II) I never got a chance to complete it. That was about 17 years ago. This year I was determined to finally finish this game. I had forgotten most of the plot so it was like playing it for the first time all over again. Now, as an adult, my appreciation for the game is tenfold compared to playing it as a young boy. In Tales of Eternia, half the cast are people of color. The heroine Meredy is a princess of Celestia which is the planet above Inferia where the game begins. All the characters on Inferia appear to be white or very fair skinned. Once we travel to Celestia, all the characters there are black and brown people. But they were also technologically more advanced than Inferians. When I first placed the game when it was originally released, it didn’t understand the implications of this dynamic. As an adult who has done some studying in history both fictional and non-fiction it felt like this was reminiscent to the Egyptians or Moors. This isn’t to say that this was the actual reference they used in the development of this game, but it was the first thing that came to mind. Also, I thought of Wakanda from the Marvel Comics Universe.

It’s pretty much the same concept of POC having a highly advanced technological society independent of whiteness. I’m simply drawing connections to other media that share these same concepts. (I’m not saying that Tales is inspired by either reference.) Now, that’s not to say that Inferian are slouches scholastically. Inferia had its own Academia as well. Even in a fictional game where people who look different from each other, there wasn’t much prejudice found in Celestia. Most of the prejudice came from Inferians towards Celestians. But they did have a good reason given that Celestia was the cause of the Grand Fall (End of the worlds). In the end, the “white” people of Inferia and the “brown” people of Celestia came together and saved the two worlds from planetary extinction.

Tales of Eternia is one of few JRPGs that has a large cast of POCs where these characters it that don’t fall into stereotypical pitfalls. I can name more examples of great POC characters in the Tales franchise like Gaius (Xillia), Zavied (Zesteria), Bruiser (Destiny) and many more. They are animated characters who happened to be black and brown. They are racially ambiguous and I think that’s the best approach. Thankfully throughout the series, they never tried to pander to one specific race or ethnicity to sale their games. They just made great games that told incredible stories with interesting characters. The fact remains that while this game is made by Japanese people for Japanese people, it’s still consumed by people outside of Japan. The Tales fanbase is incredibly diverse in age, sex, gender, ethnicity and location. By having a cast of characters that have a diverse range of skin tones and hues, you are making the game feel more inclusive. And Tales has shown that they are able to do that while keeping the integrity of their brand intact. It would be nice if more companies in Japan would follow in their example. 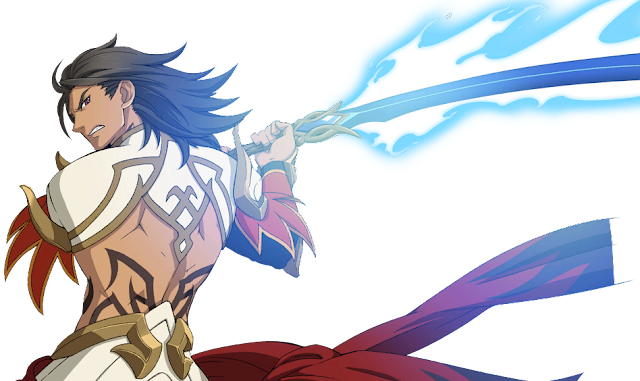