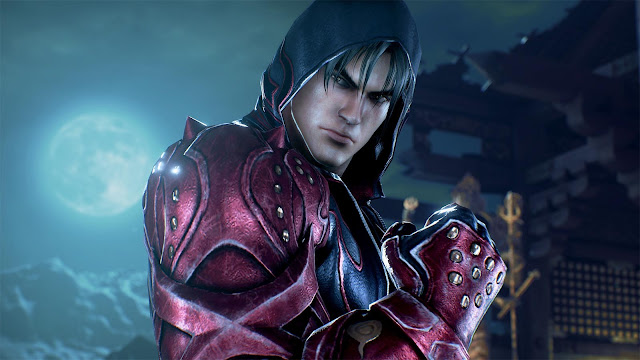 For some reason, as fighting games evolved and became more popular, the community surrounding them became more possessive and entitled to their space. You had to be of a certain skill set to join in discussions or to even get a chance to play some people. It can be seen even now. Before we continue, I want to make it clear that these statements aren’t to represent every single fighting game fan. However, these statements do apply to a fair portion of fighting game fans. It’s odd. Why are new players shunned? How do people forget that they were once new? How can people get better when the people who are good put them down?

I’m sure those questions are going to cause some ire, but I challenge you to go on popular threads on Facebook, Reddit, and Twitter to see if what I’m asking is really that absurd.

When people won’t teach, there is another solution: the game itself. Now, let’s address something right now. Yes, YouTube is a great wealth of information. If you look, there are plenty of videos to teach you what you want to know. However, that is no good substitute for in game practice. That is what I think is most important when trying to improve. It’s very possible and is best for the player. How tutorials haven’t been embraced as a standard by now is beyond me. Still, there are games that need tutorials that don’t have them. 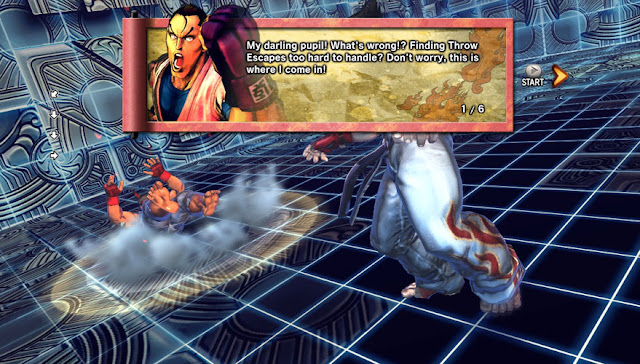 One thing I’m glad to see is that anime fighters have even come to embrace this ideology. They know they’re complicated from their systems to their combos. So how do they get a new player into them? By having a damn good learning tool. Guilty Gear Xrd Rev is a great example. Have you seen that tutorial? For the experienced, it can be seen as annoying to learn things such as movement and the like. For newcomers, who this is all for, it’s an essential tool to teach systems such as movement on the ground, in the air, blocking that negates chip damage, combos, etc. It takes a complete novice and creates a foundation for them. They even go the extra mile from merely teaching combos and teaches basic matchup information. That is a tad excessive, but it’s a great touch for those who need it.

Skullgirls, GG Xrd, Street Fighter V, BlazBlue CF, KOF 14, and even the latest version of Under Night In-Birth all have teaching tools from basic system tutorials to mission modes. The importance of teaching in game cannot be denied or trivialized. There is some stigma going about that tutorials are bad or a waste. To which I ask…how? How is it a waste to teach new people who want to be good at a game how to do just that? Fundamentals are the basis of a players skill. Good fundamentals equal good players. So how is it bad to teach good fundamentals?

As people demand more complexity and depth from their games, it’s essential to back that complexity up with a means of teaching people how to utilize their tools and how to play the game properly so that their loses are learning experiences and not frustrating ones. One game that is a major offender of the latter is Tekken 7. How does a game that deep not have some sort of tutorial system? There is so much to know about movement alone! Side steps, side walks, dashing, running, jumping, crouch walking, parrying, and so much more. I STILL don’t know everything I would need to know in order to be considered “good” at the game. I have to rely on YouTube to teach me and hope I can recreate what I saw on a screen.

This isn’t fun. This isn’t practical. And no. Sample combos are NOT teaching tools. They’re just that. Characters can have anywhere from 60 to over 100 moves. Why is there no frame data? No mission mode? No explanation of the “not bound” system? This is an overwhelming game and there is no way for the game to explain itself. Yet, devout fans don’t see a problem with that. Well, allow me to put it this way. 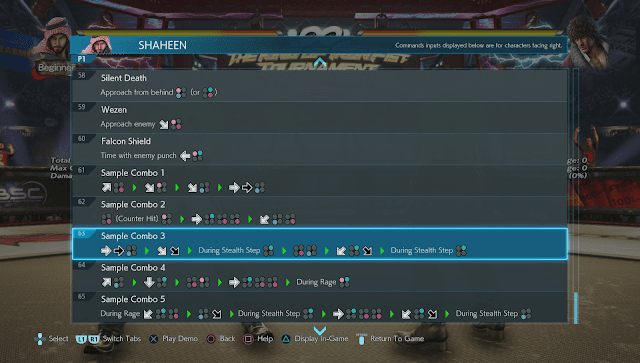 As we know from SFV’s commercial failure, casual players make up a good chunk of sales for a game. If casuals don’t know what they’re doing or are overwhelmed, then they won’t buy it. On top of that, they will make sure the developers know that the game is too hard. Depending on the developer, they’ll take that in and make a simpler game. You know how people hate how simple SFV is? Do you want that for more games? Do you want games to be that pick up and play? People value complexity, but when not everyone is in on it, then it’ll inevitably be scrapped for what’ll sell. Casuals are as important as devout fans. The way to bridge that gap and give everyone what they want lies in something as simple as a tutorial mode.

Higher level players can ignore it and enjoy their complex games, lower levels can learn and begin to get good at the game they want to be good at. And think of it this way. When people learn how to play, the need for things like auto combos and simplified controls are eliminated when people know what they’re doing. Not that they’re bad, either. They’re like training wheels, really. But as people learn, people don’t need them. 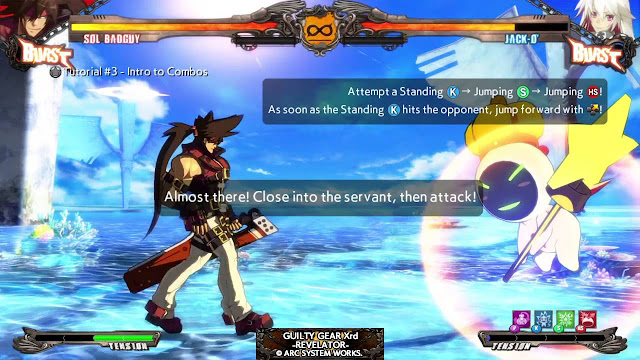 The take away from this? Tutorials help everyone in the end. They’re not bad. Unless they don’t work. Yeah, tutorials can be done wrong. They can be too wordy and not involving enough. They can be too vague and teach you very little. But, they are never bad just because they exist. They are needed. Like it or not, new players need to learn too. If you’re some sort of professional, then simply ignore it. A teaching method will not hurt your experience one bit. What would you rather: a simple game or a deep one with a tutorial mode?