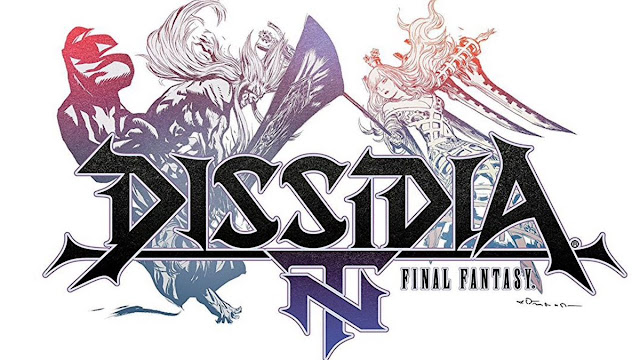 I’m gonna level with you guys…this game is shit. To me.

So, to kind of lay some groundwork here for why I feel the way I feel about this game, I’d like to give some history here. I have been playing the Dissidia games since their release date. I played the first so long that the “sequel” came along and it was as if there was no interruption in playing. Yeah, I had more characters to learn, but it felt like one constant string of playtime. There were games I just stopped playing because I was so engrossed with Dissidia and the options it gave you for each character in terms of movesets, accessories, summons, and so on. I loved this game and this franchise…which is all the more painful when I say that I cannot stand this game.

Dissidia NT misses so many marks with me, it’s even insulting for me to have it bear the name. This game frustrates me. It taunts me. It draws you in with beautiful visuals that you want to just immerse yourself in and…poof. You’re hit with the realization that this game is trash. You know how long I played Dissidia and said “Man, if only this was on consoles,” so more people could enjoy it?  Now I get it and it’s a goddamn dumpster inferno! How you ask? Well. Sit tight and I’ll explain. 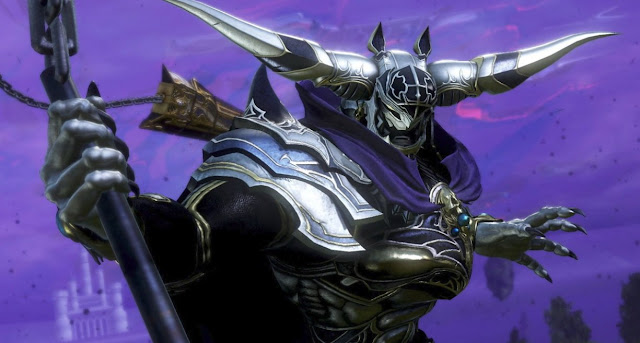 Skepticism initially set in once I saw they were going for a 3v3 format for…no discernible reason. Maybe it was to promote the idea of teamwork? Maybe it was just the way the game would be designed? The thing is, Dissidia is a game that was organized chaos. The fear of being caught from behind, the rush of clashing with an opponent as you rush from opposite ends, the nuance of dodging, blocking, and rewarding defense…GONE. You could argue it exists, but I would argue that when the enemy team decides to play the 2v1 game, you’re pretty screwed. It shouldn’t happen since characters don’t have lives, yet the time of respawn could be the difference between a fair fight and not. Plus, how can you possibly get your bearings and maneuver right and so on when the field is such a mess? All that beauty is fine until you realize that it’s probably causing you to lose sight of your opponent and then we’re back to square one.

Of course, it can be said that it rewards teamwork and it makes people have to work together. But…why? I never got that. Why do I have to be in a team based fighting game? Why does it have no option for 1v1? Because even if you are on board with the team aspect, consider this: you now have to deal with six connections, hoping for them to be good. In my experience, the online has ranged from meh to unbearable. It could be the netcode or it could be the fact that people still think wireless internet for online play is a good idea. Who knows.

Back to the game itself though. Outside of the cluttering in the game (though I will admit that UI is WAY better), the game itself seems so…skeletal. Gone are the accessories and alternate move sets you can have. Gone are the summons. Gone are the chase mechanics that were probably one of the more controversial picks. But the biggest omission that I thought was baffling was the exclusion of EX Mode. Simplifying movesets was something I might have understood. Maybe, just maybe, people didn’t want to level up and manage moves and wanted to just fight. Okay, I can understand that. I’ll be willing to let that go. 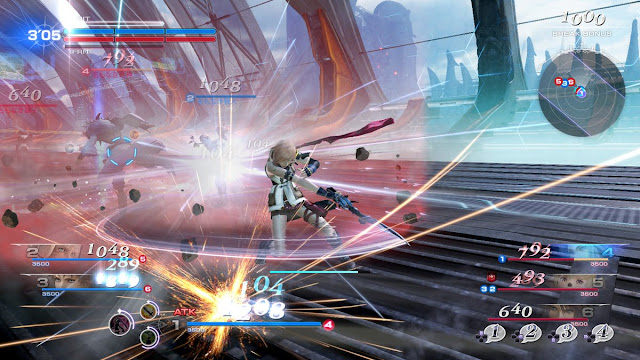 Summons, however, I will fight people on. If you aren’t familiar, summons used to work as follows: you pick your summon, each summon has a usage condition, and it the effects would range from swapping bravery to stealing bravery to locking in your bravery value and so on. Now, summons kinda just blow up the field and give you some bonuses that really don’t matter much in the grand scheme of the fight. Chances are, if you got the summon then you were already winning. That is the impression I got from my fights. Plus, summon cores are worse EX cores, which I will get into in a moment. Point is, old summons were fun and mattered. New summons are just field nukes, and are only kinda okay ones at that.

Now accessories are a point of contention that I’m pretty willing to argue as well. They gave you a variety of buffs and debuffs, but people claimed that they made the game “broken”, which…I kinda agree, but don’t understand why that is bad. Dissidia is by no means a competitive game. It was just a fun one that was great to tinker around in. Accessories were essential pieces to seeing how far the game could be pushed and how broken you can make your character. I found that to be fun, because even in the end of all of what you could do, it still came down to who knew the game better. Oh, you have a build that could K.O. me in two or three hits? Good luck hitting me then. Defensive builds, offensive builds, or just cheesy builds. All of that was possible before.

Finally, EX Mode…one of my favorite things about the game. For some, EX mode only gave you some buffs. For others, they became a brand new character (see: Gabranth). Why…in the name of Bahamut…did they get rid of it?! Did they not want to make flashy moves for each character? Did they think the game would be broken with it in? What? Why? I’m just…I didn’t understand why that had to go. Some would say it was too cheesy or overpowered. Except for the fact that you had to earn EX mode. You either had to be beating your opponent or guarding well. Of course, they were EX cores as well. WHICH DIDN’T HAVE TO BE BROKEN. You just grabbed them and the match continued. Anyone could. So even if you were winning, the opponent had a chance to come back with that mode. It was what people would call a “comeback mechanic” but that didn’t take from how cool it was. 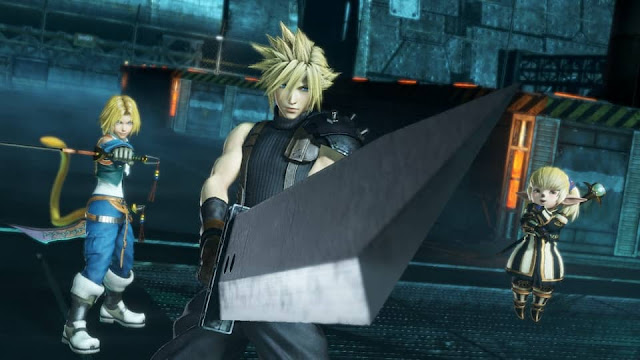 I’ve spoken to others about this game and why I thought it was so horrid. They tell me that this game fixes a lot of the older Dissidia’s problems. But those problems were so easily fixable without ripping away the core game. “The maps were too huge.” Make smaller maps. “Dodges were too easy.” Shorten the distance and window for dodging. “Dashing was too powerful.” Give dashing some risk like making it punishable or make dashing brave attacks more punishable. NOT A GODDAMN GAUGE. Seriously, a dash gauge? Who the hell thought of that?!

Oh…and that story mode? Don’t even get me started. I won’t get into it. If you want to see what that story mode is about, go see Kotaku’s write up on it.

The short version for this though: this game is a shell of its former self and is really just for people who missed out on the original. Some of my complaints are petty, yes. But fundamentally, this game is so much more shallow than what came before it. If you loved the original and for some reason like this one, then please tell me why. I’m not getting it. For me, this game isn’t fun. This game is like taking Jessica Simpson on a date; fine if you want something to look at, but don’t look for much more than that like…depth or you’ll be disappointed.

Feel free to disagree, just tell me why. Okay? Okay.