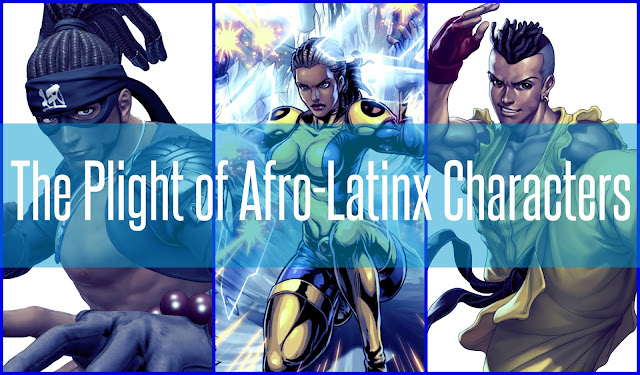 To say race is one of the many hot button topics across the interwebs would be an understatement. I’ve written about race and video games a few times. (Here and Here)The world is slowly shifting and becoming more socially aware or at least socially transparent. The fight for equality and representation for all genders, races, sexual orientations and ethnicities is a never ending battle. But it must be waged. Asking for tolerance is archaic and counter-productive. We need acceptance and understanding.

This year marked the newest season of the guilty pleasure Love & Hip Hop. Miami would be the newest city added to the growing franchise. This season would include the most Hispanic/Latinx personalities than ever before. One such person Amara La Negra, is a proud Afro-Latina. She embraces her heritage and melanin. Her hope is to break into the US entertainment market. However, she hit a roadblock on her new journey.
It may have been a small detour in her journey but that moment set off an internet fire storm. The Afro-Latinx community has been underrepresented and marginalized around the world. Not only in reality but in fiction as well. The amount of Afro-Latinx characters in video games, comic books and other media is really low or non-existent. I can name a few characters I know but there aren’t many. When people refer to Latinx characters they discuss the lighter skinned, European standard. The darker skinned Latinx characters are left out. Another nuance to this discussion is the inclusiveness of Afro-Latinx characters in the pantheon of Black Characters. When we discuss Black characters, we (generally) exclude Afro-Latinx characters. I’ve had many discussions about Black representation in video games and the consensus is that Afro Latinx characters aren’t considered Black. It’s a complete erasure of people who have a different ethnicity but are in fact the same race is baffling. But its a two-sided coin. Afro-Latinx: Dominican, Puerto Rican, etc, many of them do not identify as Black. With Black History month being a few days away, we need to be more inclusive of Afro-Latinx characters. Cecilia Reyes is just as much of Black character as Storm, Rocket, and Vixen. Let’s not exclude them in February.

1 thought on “The Plight of Afro-Latinx Characters”