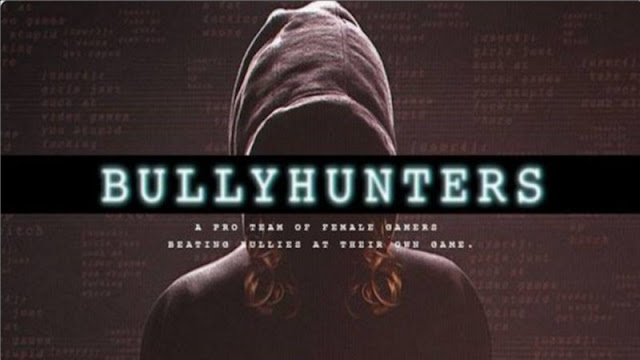 For the unaware and the uninformed, last week saw the rise of a group calling themselves the Bullyhunters. Making claims that 21M female gamers face harassment, their mission statement was simple: stop online harassment. Now, it’s important to note that while they said that men and women could use their services, all of their materials and “statistics” were very clearly skewed toward the female gamer. Hell, this became such a big thing, that they had sponsors and garnered attention all over the internet.

And then they vanished. Website, tools, and videos. Gone. Finding their trailer now would be near impossible unless you find one of the many videos that criticized them. And to be honest, their pitch wasn’t exactly convincing. How would they fight this onslaught of harassment? By having the harrassed hit a button and poof. A “Pro Gamer” would pop into the game, kill the bully in game, and leave a calling card with their now defunct website. The holes and lack of logic were obvious, their range was incredibly limited, and their debut stream did nothing to help that. 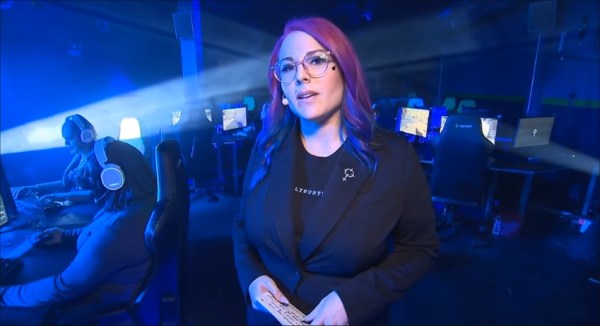 And what a disaster that stream was. Staged bullying, stilted and obviously rehearsed preamble and dialogue, and just…wow. If you get a moment, go see for yourself if you can. So, naturally, after their bullshit presentation, the sponsors left them behind and they were pretty much left dead in the water. Their cause was noble but my goodness their execution was terrible. I’m not sure what killing players in Counter Strike does to stop harassment, but this…needed more planning. This needed a lot more than what we were given.

This also needed not to be a staged scam for…profit? Product? I’m not really sure what this was for. But this looked fake and even if it wasn’t, it looked pathetic. This was bad. Really bad. I’m only glad it’s gone now instead of festering about and actually trying to do more to show their faces and just…make complete fools of themselves. Well, bigger ones than they already have been. Because surely they at least had more than one person posing as a Bullyhunter for such a great scam right? Surely this consisted of more than 4 or 5 people right?

However, I think their mere existence is important to talk about. They are a great example of what can go wrong when you start shoving gender politics into a larger issue. Harassment in video games is an issue…for some. I do believe that it is a problem, but I also think that it’s an over-inflated one. Gamers have come to expect and even adapt to the volatile nature of gamers playing competitive games. There are many who shame these players in various video compilations and even Twitter has their own dedicated hubs for those who harass other players (i.e. ScrubQuotes). Yes, harassment is an issue, but I think gamers aren’t given enough credit when it comes to creating their own solutions.

Even with how some gamers have dealt with harassment up till now, there are some that are strongly affected by it and that isn’t okay. However, the Bullyhunters weren’t about to solve that issue. Their plan ranged from terrible and ineffective to downright exploitable. And then what? You killed the harasser. Big whoop. Did they think the player was going to go “You know what? I died. That sucks. I’m going to change my ways and become a good Samaritan from now on and go donate to puppy shelters,” or something? NO! The appeal to harassing people online is the anonymous nature of it. These Bullyhunters had no plan for that or anything. They literally just wanted to drop in, shoot some guys in CS:GO, and leave.

For those who are actually traumatized by online harassment, one…maybe step back from those kind of games for a while. But more importantly, there are plenty of people to talk to ranging from parents to friends to…ugh…therapists that can help you with that. But an all girl “elite” group of CS:GO gamers weren’t going to solve any problems. At all. This was a stupid concept upon it’s inception and I’m glad it’s gone and no longer getting huge media attention. Because when gamers get into the media, especially when gender politics get involved, things tend to turn ugly. Then talks of regulation and shit start happening and Anita Sarkeesian is summoned from the pit of irrelevance to tell us how Bayonetta is sexist and harming young minds while making us sexualize the British. 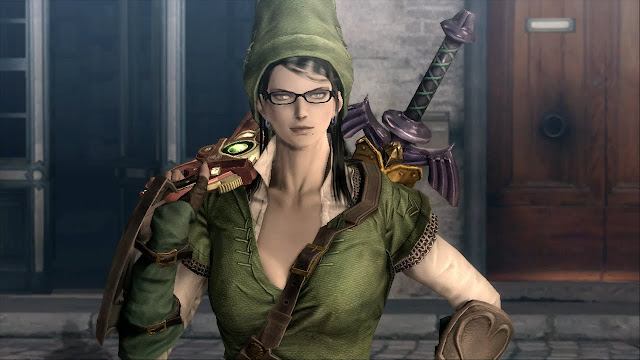 I’ve been playing a lot of Bayonetta lately. Forgive that last bit.

In any case, the big takeaway from this is simple. If you have to inflate the problem, then the problem must not be that big. They failed their mission statement the moment they showed it because they wanted us to believe that men go into games and literally just shout at women. It may be true to some scale, but not a 21M female gamer scale. Stunts like these trivialize the entire problem and makes it something it isn’t. It’s not gender politics. It’s not a cartoonishly bad joke. Online harassment is something that should be checked, but isn’t something we all just revel in. Gamers are already fighting back and it isn’t as stupid or as pointless is this.

If you’re going fight a fight, make sure you do it well. And don’t pull shit again. And please, I encourage you all who have no idea about this stunt to look into it. It’s pretty interesting how stupid this was. There’s even evidence rising up that this was all meant to sell SteelSeries headphones.