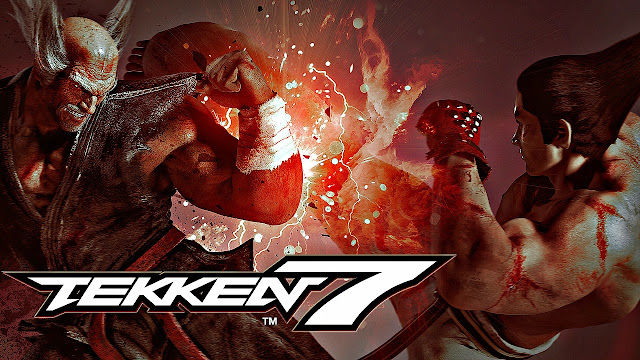 Yes. You read that title right. As I tried to decide what to discuss this week, I came across this strange quote in the midst of the highly intelligent YouTube comment sections. “Tekken 7 is Street Fighter V done right” and I…I didn’t know how to process that at first. But as I let the sentence marinate in my mind, I came to the conclusion that this isn’t exactly wrong. So, let’s discuss this sentiment and how it can pertain to how fighting games seem to be handled today.
So, at this point we can call SFV’s launch a disaster. Love the game, hate the game, or in between, the launch state of SFV was abysmal. So much so that people still haven’t forgiven the game and hate it today for that reason among several other reasons, but let’s not get too technical. In the launch state it had only survival,  offline VS, online ranked, online casuals, and online lobbies. Unless you had a strong interest in playing online or torturing yourself through Survival mode, you were shit out of luck. Capcom tried what today is considered “games as a service” where games continue to be expanded upon as time goes on.
Capcom’s mistake was not giving consumers a lot to work with to begin with. Now, it can be argued that we were warned about this at launch, but that doesn’t mean people were ready to forgive. Since then, SFV has been quite the DLC machine. 12 characters, tons of costumes (some timed exclusives), premium stages, and FUCKING COLORS all make up the DLC for that game. It isn’t uncommon for someone to have spent more on the DLC than they did the game at this point. I’m most likely part of that demographic. So SFV’s hate is warranted from that perspective. 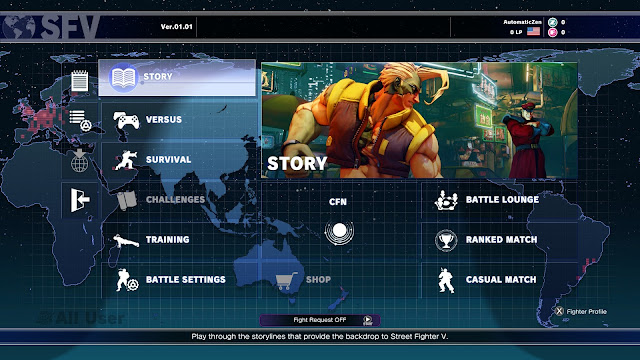 That now brings us to Tekken 7. It’s important to note that this statement in question compares the SFV we have now that has a story mode and VS CPU, but we’ll stick to the launch states to be fair. Honestly, the comparison isn’t so drastically different either way. Tekken 7 came out with a story mode, arcade, the super grindy Treasure Battle, online ranked, online casuals, online lobbies, and a tournament mode. Even though the single player content was lacking, it existed. That was already a point in Tekken 7’s favor. Even compared to SFV’s single player content, it seems to give more to do with Treasure Battle alone. Comparing the stories, T7’s was done better. The online was…shoddy on both games, and tournament mode is an absolute joke. Even once you beat story mode, they gave you a little bit more to do. You want content? Beat Akuma on the highest difficulty with Devil Kazuya.
However, Tekken 7 also seems like it’ll have it’s fair share of DLC. Characters, customization options, and at least 1 new mode. This is what we know at the moment. So why has no one made a big deal of that? Simple. And this goes out to the SFV stans who try to attack T7 for not being “content rich”. Tekken 7 is a game that comes with a lot from the get go. The game is satisfying enough that people want to spend money on it. When they do, they feel like they’re adding to the game, not completing it. It’s no secret that I love SFV, but the game does show its focus: the online scene and DLC. If you aren’t about that, then this game isn’t for you. 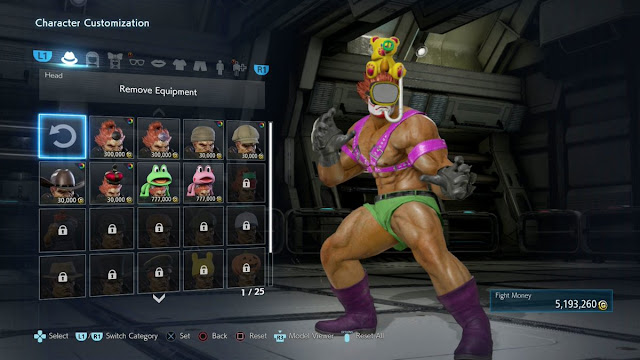 It also helps that people seem to like playing Tekken 7 more than Street Fighter 5. I must admit, even I have a better time some days.
It sends the message that content matters, but a good game matters most. On top of that, it shows that transparency isn’t always as good as subtlety. Telling people that you are gonna plug in content doesn’t make the lack of it okay. Making people pay for a lot of that plug in content doesn’t help either. Tekken 7, while not as robust as fans would like, is still a serviceable game as is.
As fighting games are released one after another, it seems that features are being less prioritized in favor for a strong online experience. That’s perfectly fine. But as this tale of 2 games show us, single player modes will always matter as much as multiplayer. A good example of the 2 extremes failing is Soul Calibur. It did both things: lacked multiplayer and lacked an arcade mode. The PSP version with Kratos? Remember that? I think that was the first commercially released fighting game without an arcade mode. If that is wrong, please correct me. Then they came out with…an online only version of Soul Calibur with no multiplayer. As you can imagine, both didn’t do so well… 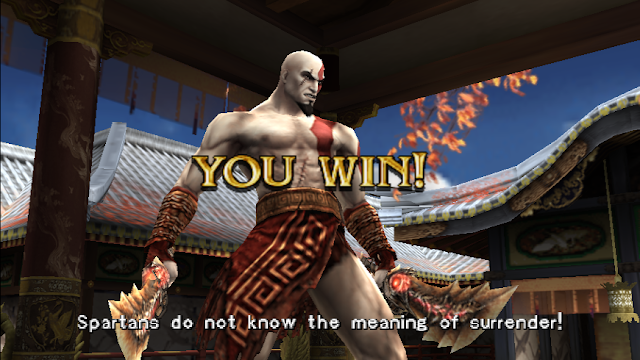 Here’s to hoping this helps shed some understanding on the attitude people have toward certain games that have come out/will come out. People want their money’s worth, and what that’s worth will vary from person to person. But, content matters and there is no getting around that. Agree? Disagree? Let us know.