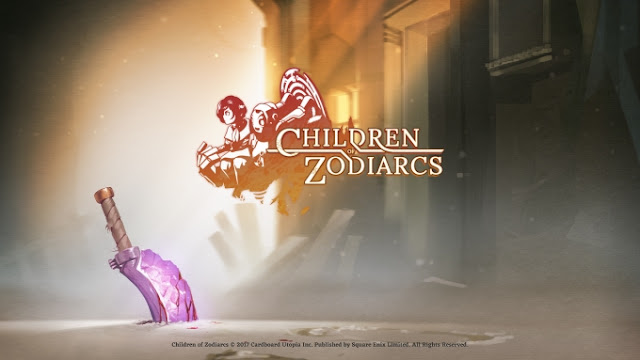 SquareEnix Collective has announced that they will be publishing the indie card-based dice-rolling Tactical RPG Children of Zodiarcs for Steam and PS4. This game also had a successful kickstarter campaign raising a little under $200K. That’s quite a feat. They will be revealing more information about the game and its release date most likely at this year’s Pax East in Boston. For more info on the game you can read through their lengthy description of the combat and story. Also, check out their latest trailer for the game.

About Children of Zodiarcs

Children of Zodiarcs was inspired by our deep love of tactical RPGs, namely Final Fantasy Tactics and the 16-bit Shining Force games, as well as a love of playing board games and collectable card games like Magic: The Gathering. We decided to bring these passions together to make a game that would resonate with fellow fans of the genre, as well as to push the envelope in fun and exciting ways.

STORY
At the heart of an evil empire, a group of young outsiders rebel against the corrupt system that holds them down.
Professional thieves on the trail of an ancient relic, the group infiltrates the glittering halls of a corrupt noble’s private chambers in pursuit of their target, narrowly escaping the wrath of the city guards at every turn. Desperate to find an escape, they seek refuge in the city’s seamy slums and brave the sunless pits of the underworld. Out to get them are heavily armed city guards, rival gangs and psychotic families of subterranean cannibals. Abandoned by the system and used by selfish criminals, these young companions will be forced to come to terms with their own reality. But be warned – in the world of Children of Zodiarcs, no one escapes unscathed!

GAMEPLAY
For the combat in Children of Zodiarcs we wanted to utilize something traditional enough that fans would recognize, but to also use a dynamic system, new to the tactical RPGs genre.

Whereas past games in the genre had static lists of attacks and abilities that you brought into battle, Children of Zodiarcs uses a system that pulls the experience of tension, anticipation, and adaptation from cards and dice.

In Children of Zodiarcs, cards take the place of all abilities and attacks, drawn from your custom build decks during battle. This means that your strategy has to change on the fly and you are constantly challenged. This also means that while luck is a factor in combat, it’s a factor that you influence through deck building and dice customization. While you will know WHAT you have in your deck, you won’t know WHEN you’ll get it, making each card draw an opportunity for new strategies to emerge.

Our dice are symbol-based, with each symbol having a different effect on the outcome. But like your decks you will also have the opportunity to customize and craft the dice your heroes bring into combat, effectively stacking the odds in your favor.

Want a dice with more swords for stronger attacks? Equip one. Don’t have one? Craft it using collected loot die as ingredients in a recipe.

The ability to build your deck of cards and customize your dice makes combat in Children of Zodiarcs about how well you can adapt to changing situations. It took us months of prototyping to find the perfect balance between tactics and influenced luck, but we have been consistently playtesting with tactical RPGs fans, and they are excited about what we have to offer.

◾Plan your actions in battle, pushing and flanking your enemies.
◾Play cards and roll dice to increase your damage or get that extra turn to finish the job.
◾Influence luck by building decks of cards and crafting dice to maximize the chances for the outcome you’re looking for.