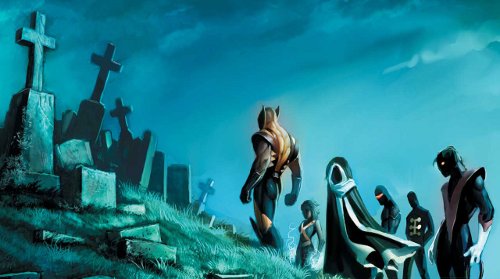 Marvel vs Capcom: Infinite has been engulfed by controversy over the last year or so. And it seems like it won’t stop anytime soon. There’s a post on Steam that Marvel vs Capcom: Infinite will be pull from the Xbox Live and Playstation Network come this October. This comes off the heels of Marvel Heroes Omega being dropped completely by Marvel Games. Apparently Capcom ordered for the Season 2 DLC to be discontinued as well. Other little nuggets in this post include that X-Men DLC was indeed planned for the game but Marvel wanted to distance themselves from the game after the negative press and low sales. Which falls in line with my previous exposé about Marvel’s involvement with the game. Also, according this post, the characters and art style was a decision made by Capcom. Certain characters were outsourced by another development team in France which is why Captain Marvel looks amazing. This team also fixed Chun-Li’s face too. Unfortunately they didn’t have the resources to fix the rest of the roster.

It will be a shame to see this game with such infinite potential be wasted and squandered so haphazardly. This report does lend itself to the reason why MvCi won’t be a headlining game at Evo 2018 or on the Capcom Pro Tour. You can check out the full post below: 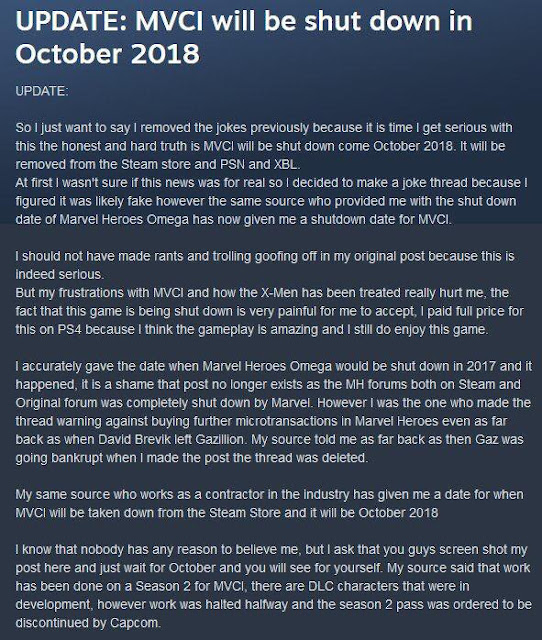 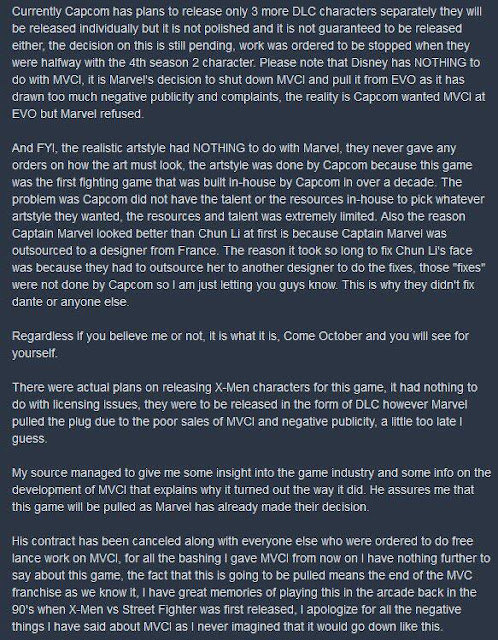