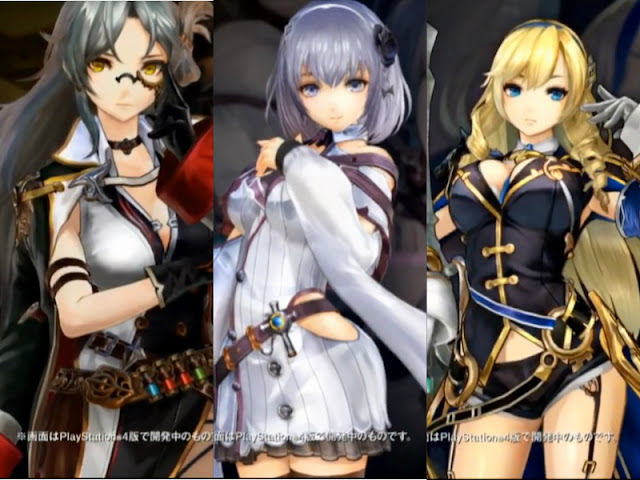 During the Dengeki PlayStation Premium Event Fall 2016 live stream, a couple of the Japanese voice actors for the game introduced the latest details for the upcoming Nights of Azure 2: Bride of the New Moon. One of the main new features of the game are Lily partners, who are AI controlled characters that fight alongside you much like the servants of the previous game. I’m not sure if the new Lily partner system will replace the servants completely but I hope that’s the case. The servants in the previous game weren’t very fun to fight alongside nor were they worthwhile to look at. Nights of Azure 2: Bride of the New Moon will be released in Japan February 2017 and a western release is planned but no release date has been set. Check out the new gameplay footage and trailer below: