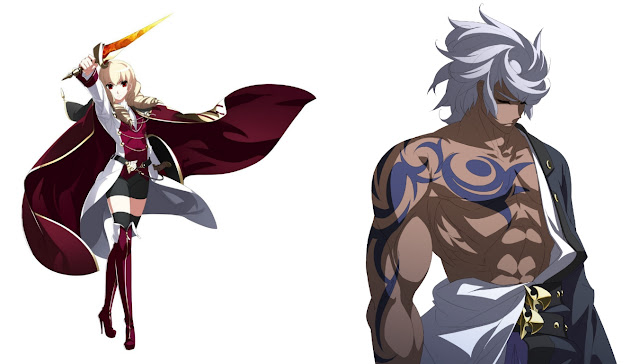 French Bread’s sorta-indie-niche-hipster Fighter Under Night In-Birth Exe:Late[st] got an arcade update which added two characters Phonon and Miku. They both looked interesting and cool. The arcade update also added rebalancing and tweaks to the games roster and gameplay. Finally, there’s a console release in sight on July 20 in Japan for PS4 and PS Vita. To make this re-release even better, they’ve added some new features:

Story Mode, called “Chronicle Mode,” which is reported to have 10 hours of gameplay.  Combo Challenge mode which will teach the players combos and strategies for the roster.

In addition, they’re adding two new characters to the console release Enkidu and Wagner. Wagner is definitely going to be my new main. Aesthetically she is pleasing and her moveset looks sick. Enkibu is throwing hands and I’m not mad at that either. He reminds me of Grant from Garou: Mark of the Wolves. To say I’m excited is an understatement. I might just wait for the English release of the game so I can understand the story mode. Check out the brand new trailer below: