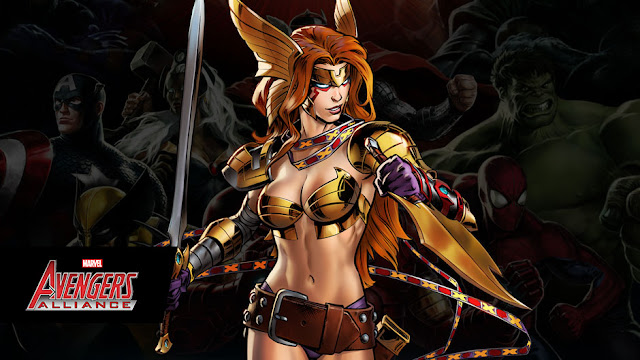 At present, Wonder Woman is still making truck loads of money and completely shifting the status quo of blockbuster action films. Countless stories and articles have been run declaring the movie a triumph for female leads. For me, I felt this was a much needed gauntlet thrown to Marvel/Disney. Right now, Marvel is prepping their Captain Marvel movie staring Brie Larson as Carol Danvers. Marvel has been desperately trying to convince us that Captain Marvel (formerly known as Ms. Marvel) is their flagship character. Since Marvel doesn’t own the movie rights to Sue Storm, Jean Grey or Storm, they have to settle for what they have in house. This isn’t to say that Captain Marvel isn’t a good character, I just don’t think she’ll translate well into a solo film. I could be wrong. We’ll have to wait and see. The bigger question amongst Marvel fans is who could be on par with Wonder Woman? I could argue that Captain Marvel isn’t the answer, nor is Black Widow. I think that a Black Widow movie would be a good idea, but I think the timing for it was passed. Black Widow’s character within the Marvel Cinematic Universe has placed her as more of a supporting/neutral character who’s motives are completely her own. I think Black Widow’s character would be better suited for a R-Rated series like the Netflix Marvel Universe. Another worthy candidate would be She-Hulk. However, given the way the MCU has been, I don’t think they would be able to flesh out her character enough for a movie.

I think out of all the characters that Marvel currently has movie rights for, Angela would make an excellent choice. You’re probably wondering why would I campaign for a completely obscure and newly acquired character by Marvel? I think a few points will help shed some light.

A Brief Character History
What makes Angela stand out is that she’s relatively new to Marvel. Although she was once a prime character in the Spawn Universe helmed by Todd McFarlane, Marvel’s acquisition of her would bode well for a movie. She doesn’t have the weight of 40-50+ years of history to have to reconcile while trying to create a film for her. Comic book history and mythology are good as a reference point however, it can weigh a character down and ultimately ruin a chance for a movie. Angela doesn’t have that kind of baggage. After the Marvel event, Original Sin, she was retconned into the Marvel Universe.

A lot of her history is shrouded in mystery. She has a very limited comic book run as well. This means her character would benefit from a reweaving and retooling of her character history. A clever writer would be able to create something and flesh out her character without bastardizing her. Writers would be able to have more of a creative license over her character. While being a fresh face, she is incredible strong and heroic. Her brief stint has shown her besting the likes of Drax, Gamora and even hold her own against Thor. This kind of visceral and aggressive characterization is usually associated with male characters. I believe one of the reasons Wonder Woman’s movie worked so well was because she was able to let loose and be free to fight at her maximum ruthlessness. Most times, female characters hold themselves back as they don’t want to lose control. This does not happen to male characters (not very often if ever). Male characters are able to be their full aggressive selves. Females are programmed and hardwired not to go to such extremes. Thankfully, Angela shares that quality with Wonder Woman of letting go and fully being present in the action. Allow herself to fully immerse in the wage of battle is something lacking in many female characters. Angela would be a welcomed change to that ideology.

Given Angela’s current character history, her ties with Asgard and Thor would make for some interesting movie moments. There hasn’t been much drama in these Marvel movies aside from the bromance between Captain America and Iron Man ending after Civil War. Angela being the lost child of Asgard would create some much needed drama and tension that’s lacking from these movies. Adding her to already fractured relationship of Thor and Loki would help give the dynamic a new perspective. I know this is probably a shot in the dark. However, I think this could be something truly special and amazing if done correctly. I’m excited to see how Captain Marvel fairs in 2018. I do think Marvel needs answer to Wonder Woman. I think Angela might be the key. 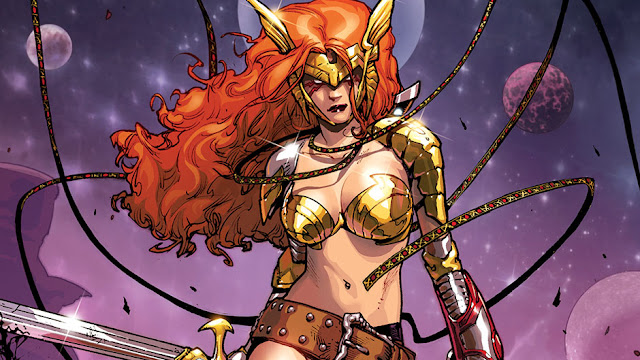