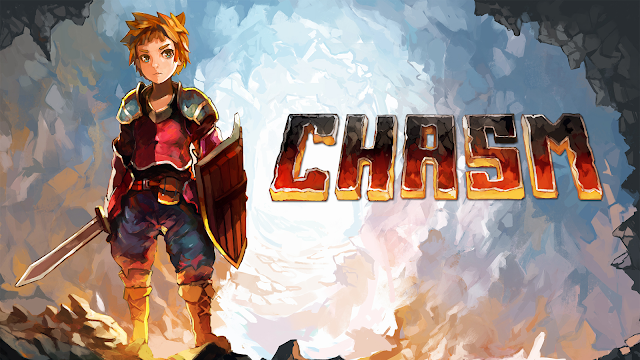 Indie team Bit Kid have unveiled the teaser trailer for their upcoming 2D Side-Scrolling adventure Chasm. The game was originally announced in 2013 through Kickstarter. After years of developing and tweaking, the game has an official release window of Summer 2018 for the Playstation 4, Playstation Vita and PC. If you’re unfamiliar with the title, we got all the details below.
About the game:

When a small mining community falls silent, a young soldier named Daltyn is sent to investigate. Upon arriving in the remote mountain town of Karthas, he discovers that paranormal forces have sealed the town off from the outside world. Now trapped, he’s left with no option but to explore the mines below the town and uncover the source of the disturbances. Six huge procedurally-generated areas await, each lovingly crafted in a retro pixel art style. Help Daltyn gain new abilities and equipment, evade dangerous traps, and defeat hordes of deadly enemies in order to save Karthas – and possibly the world!