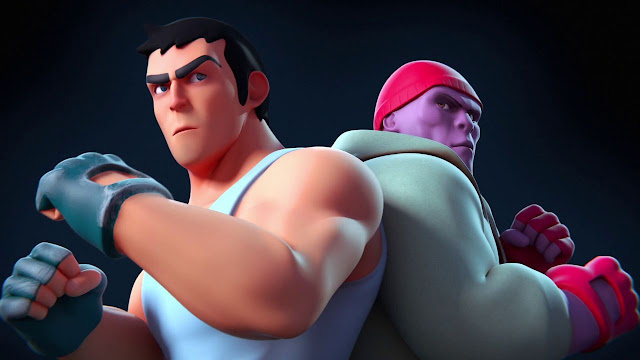 French based developer Piranaking released the spiritual succesor to Capcom‘s Power Stone called LASTFIGHT on Steam in the spring of 2016. Many people will eager to find out if the console release was still a possibility. Many speculated that Capcom would impede their console release. However, those rumors can be put to rest as the console versions will be released this month along with a few updates. Check out the official press release:

PARIS, FRANCE -– September 1st, 2016 – Piranaking, a Paris-based independent games developer, today announced that LASTFIGHT will be coming to Xbox One and PlayStation 4 on September 20th 2016, priced at 14.99$ / 10.99£ / 14.99€. The four player 3D fighting game is based on the cult-classic comic book and soon to be hit animated series LASTMAN. This update features the following new modes:

•Free for All – A hectic One-Versus-All mode where the last to survive will be declared the victor.

•Ranked (Offline) – In this mode players battle offline opponents to earn points and fight their way up the ladder.

•Endless – In this ultimate skill test players try to beat as many opponents as possible with only 1 health bar.

•Pinball – Attacks won’t do damage. In Pinball the only way to defeat enemies is by launching pinballs at them.