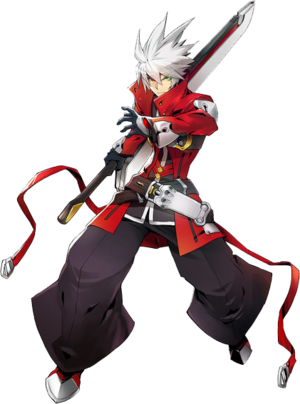 As of August 23rd, the English dub for BlazBlue: Central Fiction has been all but cancelled by the publisher Aksys Games. It wouldn’t be the first time that an English dub would be cut, however. Fans of Guilty Gear Xrd would come into Revelator and hear nothing but the Japanese track. This wouldn’t be as big of a deal as Guilty Gear traditionally had been Japanese voice acted anyway.

However, in the case of BlazBlue, there has been an English voice track for every game since its release. The absence of one is much more noticeable and had been met with much more ire. Since Aksys Games put out a series of tweets on the matter, fans have been mostly negative toward the news from the casual crowd who’ve followed the game’s 8 years of storyline to some of the hardcore crowd that genuinely enjoyed the mid game banter between characters.

Even Patrick Seitz, the voice of the story’s protagonist Ragna the Bloodedge, has expressed his disappointment via a blog post on his official Facebook that not only expresses his “worst fears” but also tells that Aksys hadn’t even kept in contact with him about it.

I’m disappointed by the news—and I’m especially disappointed to be getting it via tweet.  Reaching out to the cast would have been a simple enough courtesy for Aksys to extend.  Maybe they think we don’t much care either way, but many of us do.  I know I do.

I’ve been Ragna from Calamity Trigger onward.  I served as script-adapter and VO director on Continuum Shift Extend.  When BlazBlue: Alter Memory got licensed for a U.S. release, I coordinated with Funimation to adapt and direct it out in Los Angeles, so that we could retain practically the entire cast and give longtime fans of the series a dub with the voices they’ve known all along.  Granted, my experience with BlazBlue might be a bit more “behind the scenes” than most—but at the end of the day, I’m a fan, too.

Aksys, on their part, claims the change is to keep the western release as close to the Japanese release as possible. Still, this may not be their wisest move. Time will certainly tell, but if the initial response is anything to go off of then this latest iteration of BlazBlue may become the worst selling of the bunch.

So what about you guys? Are you still going to pick up the latest BlazBlue? Will it be a day 1 purchase? Do you care and does it matter? Let us know where you guys stand.