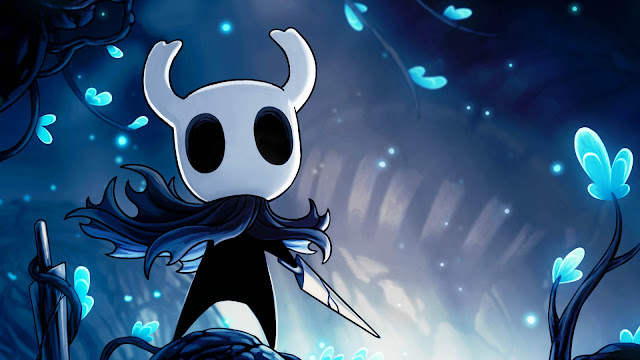 When the idea of an “indie” market was first introduced, it seemed that the gaming world laughed at it. Games not made by Activision, EA, Capcom, and all the other big names? Blasphemy! These were proven companies with big titles under their belts that we all knew and loved. Why change that? Why trust these other titles with their small budgets for big ideas? Well, now we aren’t laughing so much. In fact, and I still believe this wholeheartedly, the indie market is part of what’s really keeping gaming afloat.

However, over the 10 or so years it took indie games to reach this sort of mainstream success, even this novel idea has seen its fair share of problems and hardships. For one, big named companies entering their market with smaller games. While we all liked Child of Light, why did Ubisoft enter that into the indie market? Yes, I know it’s because of the low-risk nature of it for them. It seemed weird to see Ubisoft associated with “indie.” It could have easily turned into a matter where the AAA space tainted it like they do most things, but thankfully we have not had such an issue.

No, the indie market’s greatest threat is simply over-saturation. Everywhere you turn, there’s tons of gaming simply flooding out the indie space. It’s more games than a person can conceivably play in a lifetime, even with some of them being only a couple of hours. Some are as long as any AAA game and some are endless. So, the question becomes, how do games stand out in such a large pool of games? Especially when there seem to be genres they love more than others. Well, here are some deciding factors (in my opinion) that help out games more than others.

It’s easy to say a game should be “original” when so many games have been done in so many ways, but if a game is going to play off a genre, it needs to do it well. The “Metroidvania” genre is full of games, but only two I played and enjoyed more than most is Axiom Verge and Hollow Knight. Honestly, Axiom Verge is just Metroid. It doesn’t try to be anything BUT Metroid. However, the art style, weapons, visuals, and music really hit a lot of notes as to why I enjoy it so much. Same with Hollow Knight. While not a direct reference to anything, the world it builds, art, music, and atmosphere make it well worth the price it asks for. Not to mention the game is packed with hours of stuff to do and find. Anyone who’s heard me talk about indies usually ends up hearing me go on about this game simply because it is incredible.

Speaking of the art style, that’s another factor to spotting a diamond in the rough. The old school pixel look is fine and all, but some games really don’t run with it as much as others. Take Dead Cells for example. It’s pixel art but looks and plays amazingly. Iconoclasts has some of the best 16-bit visuals I’ve ever seen and happens to play well as a puzzle platformer. I could list so many others, but the point is there. Good art stands out. Unique art stands out. Almost as much as gameplay. And it’s best to compliment? Good music. When I think of games with good music, I look no further than Celeste. If I could have the soundtrack to that game…As with every other game here, I suggest it to you. Though, Celeste takes patience. It can be hard but well worth it.

Now, having a good game with a good art style is all well and good, but what good is any of that if you’ve never heard of the game? Advertising is essential and easier than some may think. With the explosion of social media, getting the word out should be pretty easy. Yet, so many good games get unnoticed and simply overlooked. Not because they were bad, but simply because they didn’t do a lot to advertise or be heard. I’m gonna list 10 good indie games and I want you to think of which ones you’ve heard of: Gunman Clive, Mighty Switch Force, VVVVVV, Blossom Tales: The Sleeping King, Crossing Souls, The Sexy Brutale, Freedom Planet, West of Loathing, Kamiko, and Battle Chef Brigade. If you’ve heard of all of these games, then chances are you have good friends or spend a good chunk of your time on YouTube. Now, bonus question. Do you know everywhere you can get these games? Some are Switch games, but most are multi-platform. I implore you to give them a look.

Thankfully, Nintendo has been dedicated to giving a lot of indies some visibility. Still, so many more go under the radar of the average gamer that would love these games. Visibility and publicity are important. The more the better because each set of eyes is a potential customer willing to sing a game’s graces. In the indie market, you’ve already taken the risk to make the game, because make no mistake: the indie market is VERY risky. You have to consider which platforms to release for, what price point, and how you want to show it off. The market is completely full of games, especially on PC where Steam seems to only require that your game is made of pixels to appear on its storefront, so how you show it off is important. Even more to consider is how many others are doing the same, so not only do people have to see it but they also have to remember it. A lot of gamers have finite time and short attention spans. Imprinting something in their minds can be challenging, but a good trailer will do it. My memory is terrible, but I remember Guacamelee’s trailer like the back of my hand. Just an example.

So you have a good game, you have a good trailer, and you’ve even been featured in an indie spotlight or two. However, this still doesn’t guarantee that your game stands out. I know, it’s a lot. But the indie market is as competitive as it is flooded. So, for starters, Twitter is one of the easiest and fastest ways to spread the word. It makes it easy for your fanbase to spread the word with a simple retweet and their own personal recommendations. Make use of hashtags that will help people find your game. There are some great resources on Twitter and Discord for free promotion. Plus, you get to talk to those who love your game and build public relations, which makes people want to talk about them more. Facebook is alright, but I wouldn’t exactly recommend it unless you pay for the advertising space. Which you can, but I think Twitter is the prime social media mouthpiece. After that would be YouTube. Whether it be sponsored content from a prominent content creator or early review copies to generate some sort of awareness, you can’t go wrong. Very often, when someone hears about a game, even in passing, they go to YouTube and look up as many reviews as possible. The more reviews, the more informed a consumer is. And if they’re all positive, that’s even better. There’s also reaching out to publications (especially independent outlets) to do preview articles, developer interviews explaining more about the game, and DROPPING A DEMO (yes, I had to capitalize that). Let the internet be your billboard and make sure the world at least knows your game exists. Without this step, your game could fall into obscurity and that would be unfortunate. Too many good games don’t do well because of low visibility, so dedicate a portion of your team and time to signal-boost your project as much as possible.

I’m no expert on this topic, but I do know how I shop for my indie games and how much I love them. In a AAA market full of open worlds and live services, indie games remind me of the games I grew up with and loved while presenting something new and refreshing. They aren’t expensive and provide complete experiences. In this gaming market, I think they are essential and the gaming industry has only improved by their inclusion. So I do advocate for shopping indie and giving that game you’ve been eyeballing a chance. Yes, it could be bad, but consider this. Would you rather pay $60 for a game you hated or $15? I can suggest all these great games, but you could hate them. I only think they’re worth that risk. And to any indie devs that may see this, I’m glad you all are here working on your passion. I only hope you succeed and I’ve given you something consider when it comes to making that game you worked on a hit.

What do you guys think of indie games? Love them? Hate them? Ignore them? Let us know in the comments. You all know the plugs: Facebook, Twitter, Spotify, Apple Music, and of course here.